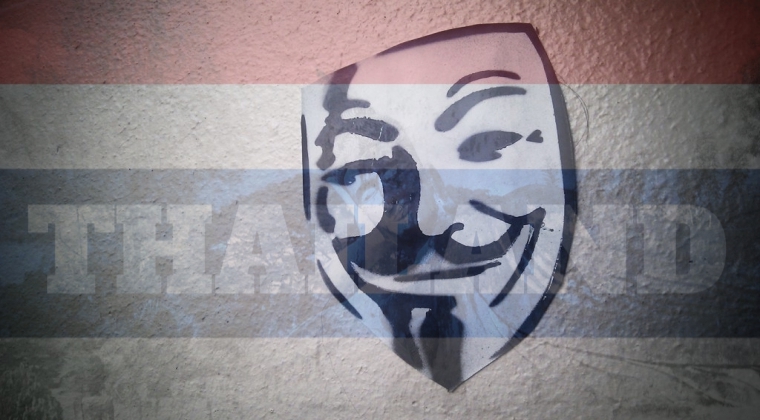 The online hacktivist group Anonymous has conducted yet another cyber attack on Thailand‘s government over the recently passed cyber-scrutiny law. This time the group has targeted the Thai government job portal by leaking personal and sensitive details of officials and job seekers.

The data which has been leaked on the dark web has been divided into several links and upon scanning HackRead found it to be legit and never been leaked on the Internet before. The data includes website’s databases, names, surnames, names of companies where the job seeker has applied to, payment details, phone numbers, bank account numbers, emails and encrypted passwords.

The domain targeted by Anonymous is job.*.go.th assigned to each government department with their respective sub-domain. In this case, the data has been stolen from Revenue Department, The Administrative Court, Fine Arts Department, Department of Cooperative Auditing, e Provincial waterworks authority, Public Debt Management Office, Department of National Parks, Wildlife and Plant Conservation, Ministry of information and communications technology, Ministry of Foreign affairs and several other departments of Thai government.

Screen from the dark web domain where Anonymous has dumped the data. 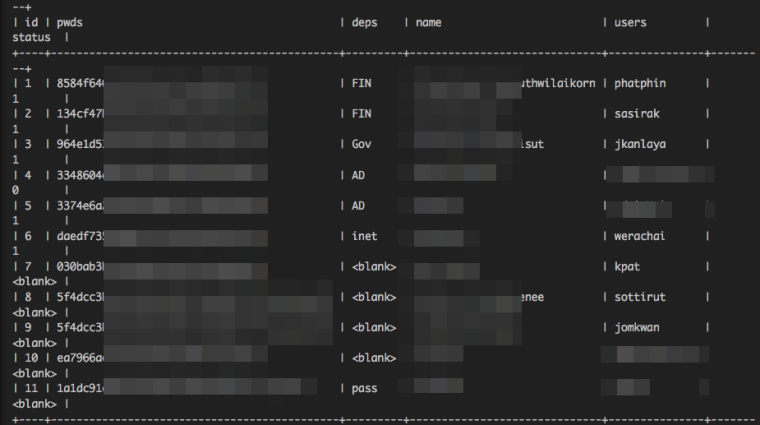 Screenshot from the leaked data.

The total number of leaked accounts goes in thousands but at the moment HackRead can’t verify exactly how many accounts have been leaked however it must be noted that leaked data is only 1% of total files stolen from the portal. It should also be noticed that Anonymous refrained from leaking contact and family details of job seekers, for instance, HackRead was told that the group has not leaked job seekers’ ID numbers, addresses and names of their parents.

The reason given by Anonymous for not leaking the aforementioned details was that the group wants to fight the “Thai Regime” not the citizens.

Remember, Anonymous has been conducting cyber attacks on Thai government since 2015 under operation OpSingleGateway to fight the Internet surveillance law. Since then, the group has successfully hacked Thai Police, government Telecom firm, Thai LA consulate, Royal Navy and ministry of foreign affairs.

At the time of publishing this article, the leaked data was available for anyone to download.