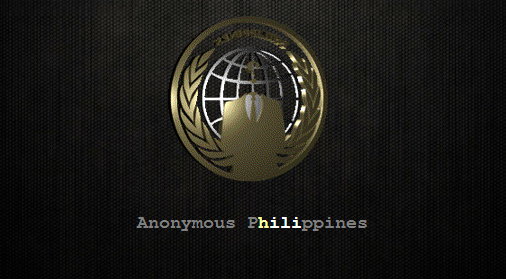 The hackers left their deface page along with a detailed message on the hacked website, the deface page shows shinning Anonymous logo with the music of American rap metal band Rage Against the Machine. According to the message:

It’s been a long time, Tito Sen! Deny us our freedom of speech and of expression through R.A. 10175
and we will deny you your cyberspace. You cannot shut us up, you cannot shut us down.
And you shall not see us rest until R.A. 10175 is revised.

We are all waiting, we are all ready.

We are Anonymous, we are legion.

Protect our Right to Freedom of Expression!

The hacking comes a week before the Supreme Court is set to hold oral arguments on the cybercrime law on January 15.

At the time of publishing this article, the website was still under Anonymous and displaying deface page left by them.