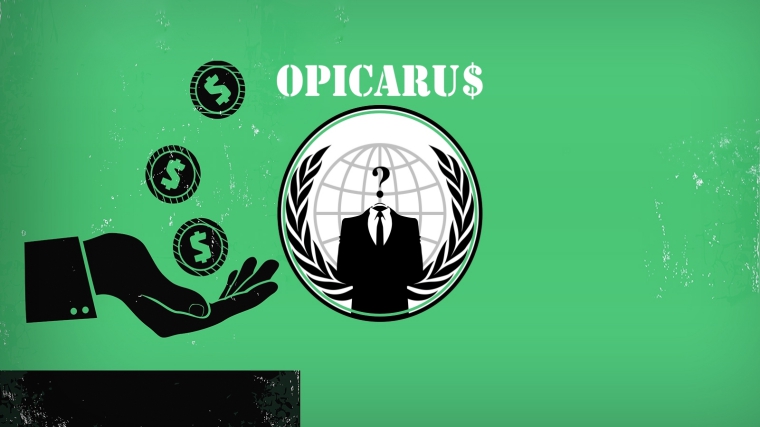 Anonymous OpIcarus is underway and the new targets include banking sites in France, UAE, Philippine, Tunisia, Trinidad and Tobago!

It looks like the online hacktivist group Anonymous is furious with no plans on giving up on the ongoing operation OpIcarus. We are saying that on the basis of a sudden increase in their cyber attacks on the banking and financial institutions worldwide. Yes, as expected the hacktivists have taken full advantage of Saturday and conducted a series of 250 Gbps DDoS attacks on the bank of France, Central bank of the United Arab Emirates, Central Bank of Tunisia, Central Bank of Trinidad and Tobago and Philippine National Bank.

The websites of all targeted banks were forced to stay offline for hours but the bank of France was targeted twice in one day while the Philippine National Bank was targeted by Anonymous who told HackRead that the reason for targeting national bank website is to show their support for the hacker arrested by Philippine authorities last month for hacking the official website of the country’s election commission (COMELEC) and leaking entire voters’ database online. 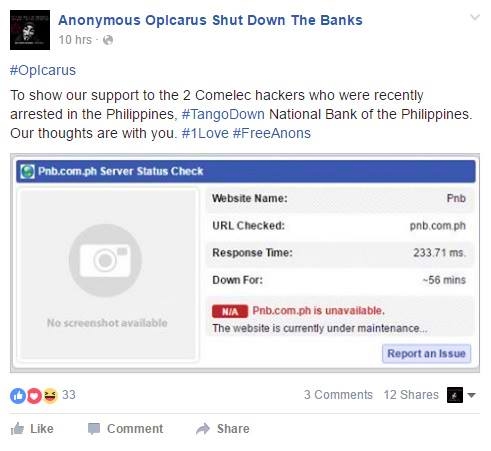 In an exclusive conversation with Anonymous HackRead was told that:

“The National Bank of the Philippines was attacked to remind the governments that they can arrest hacktivists, but they will never arrest the idea of freedom itself. (#freeanons) For every Anon they incarcerate, 100’s more will appear. The bank of France was taken down to show solidarity and support to the #NuitDebout protesters around the world.We would like to say thanks to Sens power from Russia for shutting down the French bank! We hope to align our online attacks with current protests in the street. This time, the 99% will fight back. Operation Icarus continues.”

Anonymous has also launched a Facebook event page for anyone seeking more information or screenshots of the cyber attacks conducted for Oplcarus.

Operation OpIcarus was relaunched in March 2016 however it gained popularity recently. Since the relaunch, Anonymous and Ghost Squad has conducted some massive DDoS attacks on banking and financial institutions worldwide. The previously targeted websites included Central Bank of Jordan, Central bank of South Korea and Bank of Compagnie, Monegasque, Central Bank of Montenegro, the bank of Greece, the central bank of Cyprus, Dutch Central Bank, Central Bank of Guernsey and Maldives Monetary Authority (Central bank and banking regulator), Central Bank of Bosnia and Herzegovina.

At the time of publishing this article, all targeted websites were restored.