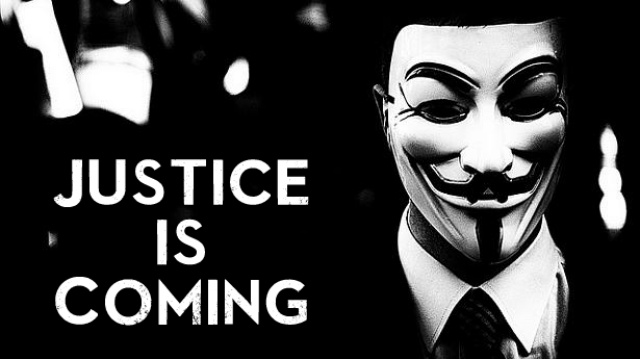 Just two weeks ago around 300, Thai Courts of Justice websites were taken down by Anonymous to register protest against the sentencing of two Myanmar men accused of murdering British tourists in Koh Tao.

This time around, a group of hackers claiming to have links with the notorious hackers collective Anonymous, have brought down 20 Thai Correction Department Prison websites.

The Anonymous-linked group maintains that they are merely collaborating with Anonymous in the cyber crusade instigated against the death sentences of the two accused.

Posting a message on the ‘Anonymous for Justice’ Facebook page, this new group revealed its identity as Blink Hackers Group along with posting the screenshot of the web server status check page to prove that the main Corrections Department website was down.

Although this website was back online by 10 am, the other 19 hacked websites weren’t as fortunate because these websites remained offline until 10:45 am and showed the “server not found” message continuously, reports the Bangkok times.

The Facebook post by the group didn’t mention the sentencing of Wyn Zaw Htun and Zaw Lin for the rape and murder of Hannah Witheridge and murder of David Miller in September 2014 at the Surat Thani resort island.

However, the post did contain various hashtags such as #KohTao and #BoycottThailand. Boycotting Thailand seems to be a common theme of all of the hackers’ previous attacks. Also included in the list of hashtags was a new one #LukeMiller, which probably referred to the young tourist from the UK in Koh Tao who got high on drugs and reportedly, drowned after diving into a swimming pool on January 10.

According to his family, however, this wasn’t an accident but a murder. It is apparent that the same group defaced the Royal Thai Police websites on January 5 and stole a massive amount of court records for the sake of exposing corrupt legal authorities. However, the group hasn’t released much data online despite vowing to do so early on.

As per critics, the two Myanmar men were forced to confess for the crime after prolonged torturing from the police while the investigation was also botched by questionable DNA evidence. In this context, Anonymous has been pretty vocal about the shortcomings of the entire investigative procedure and has expressed discontent over the way this case was handled. In fact, the hacktivist organization directed several cyber attacks against the Thai government and police in January after Thai court sentenced the two men on Christmas Eve.