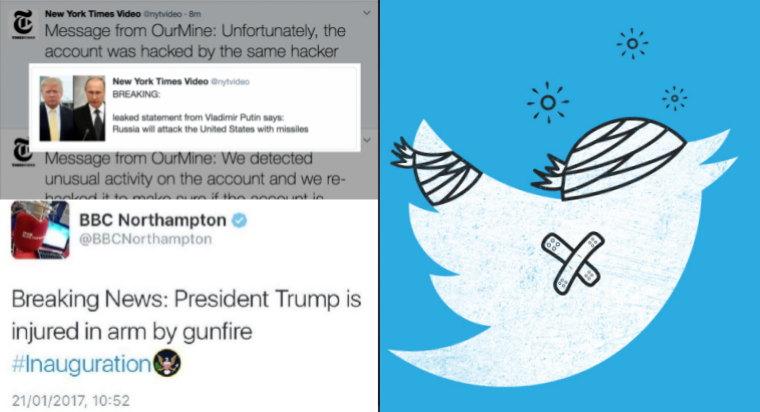 On Sunday morning, a tweet was posted from the New York Times’ Twitter account @NYTvideo, which read: “BREAKING: leaked statement from Vladimir Putin says: Russia will attack the United States with Missiles.”

@NYTvideo is the Video page of The New York Times with more than 259,000 followers which is quite less than the main Twitter account of NYT that has 33m followers.

The same day, BBC’s Northampton Twitter account with 40,000 followers posted a tweet about US President Donald Trump being shot: “Breaking News: President Trump is injured in the arm by gunfire #Inauguration.”

Both the tweets were taken down shortly, but BBC’s tweet was again retweeted. It is apparent that The New York Times and BBC’s Twitter handles were hacked on Sunday. Quite possibly NYT’s Twitter was hacked twice.

NYT’s tweet was deleted at around 10:00 am and was replaced with messages from OurMine, the group responsible for the hacking. OurMine admitted to having hacked the Twitter account of NYT but claimed that the group only co-operated the hack while another hacker posted the post about Putin.

On the other hand, BBC’s tweet was deleted and then it re-appeared again. A spokesman for BBC stated that their Twitter account has indeed been hacked: “We are investigating and taking steps to ensure this does not happen again.”

It must be noted that OurMine is a group of hackers that serve as a protection racket. The group hacks Twitter accounts for the sake of promoting their security auditing service and so far they have managed to hack Twitter accounts of tech execs and celebrities. Previously, whenever OurMine hacked an account, they immediately took responsibility, but this time there are hints of the possible involvement of a third party. 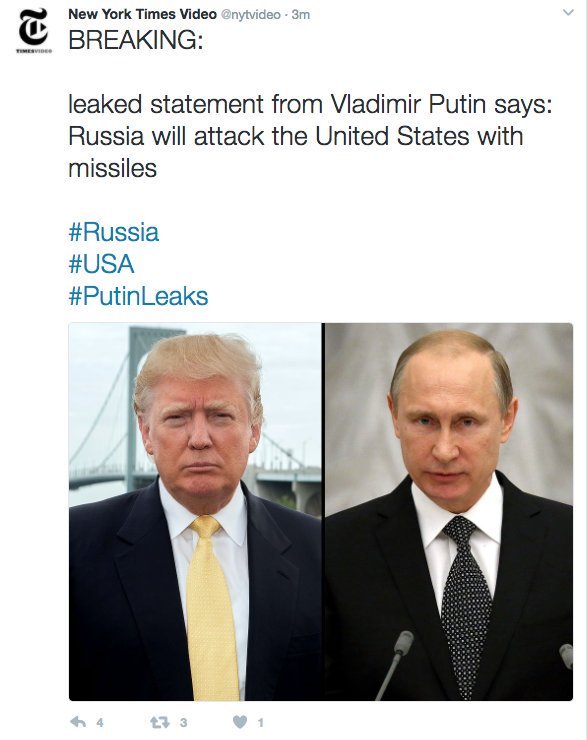 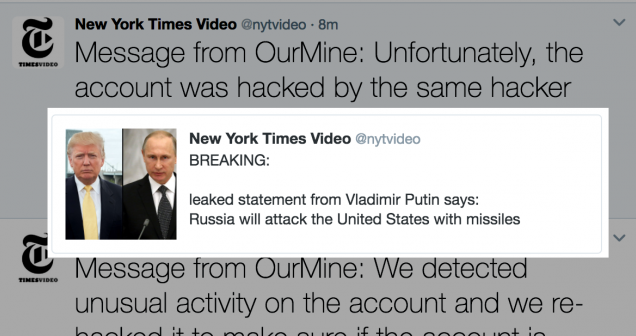 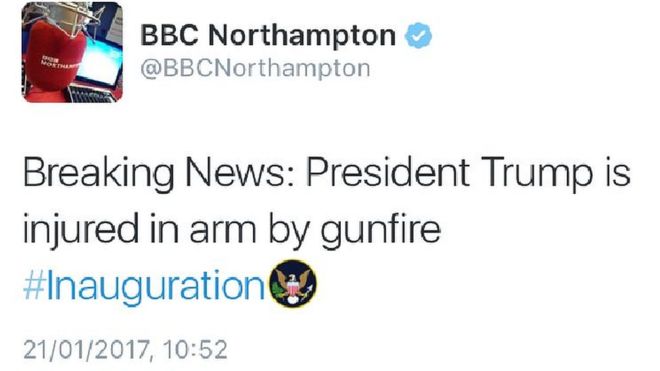 On Sunday morning, after acknowledging the hack attack, the NYT posted a tweet regarding this issue, which stated: “We deleted a series of tweets published from this account earlier today without our authorization. We are investigating the situation.”

We deleted a series of tweets published from this account earlier today without our authorization. We are investigating the situation.

The tweet was immediately followed by another tweet from OurMine, which read: “Message from OurMine to @nytvideo: contact us to tell you how to fix the issue.”

OurMine claims that they did not hack it ‘at the first time’ but only identified ‘unusual activity’ on BBC’s account and then re-hacked it to make sure if the account was hacked or not. “Unfortunately it was hacked,” claimed OurMine.

“We never hack anyone for no reason. We are a security group,” the group further added.

In its official statement, BBC explained the situation to its users: “BBC Northampton’s Twitter account was hacked this morning. The tweet was removed quickly, as soon as we realized the situation.”

At the time of publishing this article, both hacked accounts were restored.