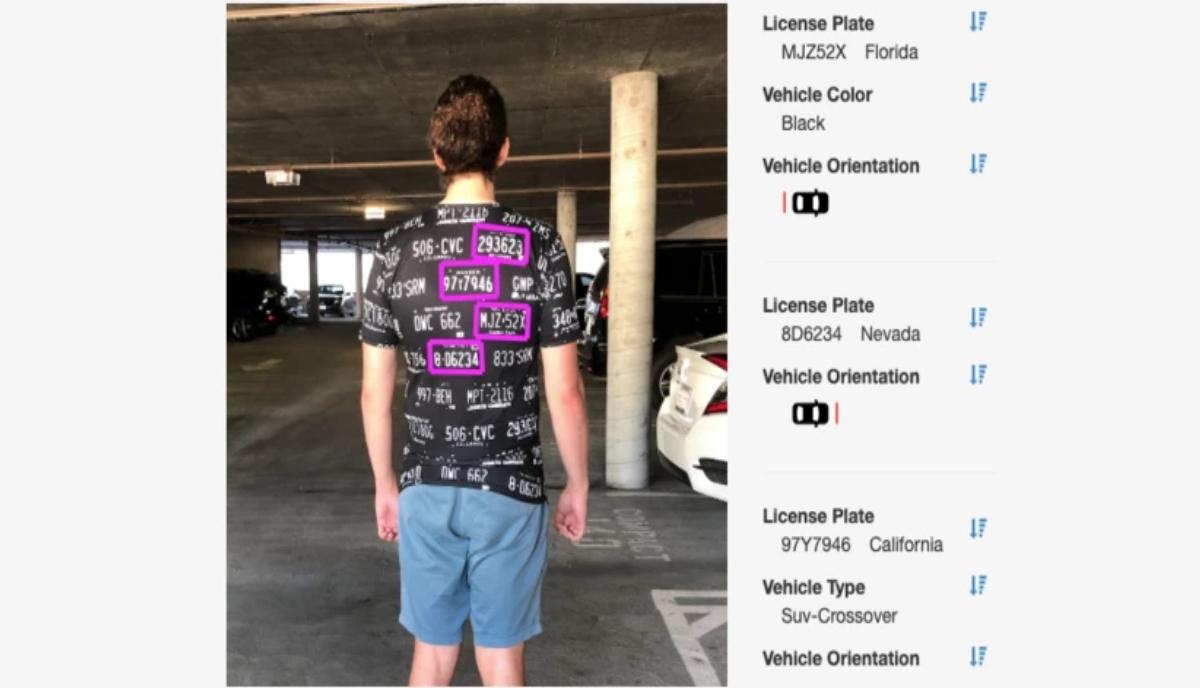 Many privacy advocates have time and again raised questions about surveillance cameras and increasing usage of surveillance technology. They argue that the technology could be exploited for discriminatory targeting and it is also a direct attack on the privacy of citizens.

To balance things out, a hacker and designer named Kate Rose has introduced a new line of clothes that feeds junk data into surveillance cameras to fool them. Kate’s company Adversarial Fashion unveiled a new clothing line at this year’s DefCon that disrupts Automated License Plate Readers (ALPRs).

These clothes, including shirts, dresses, hoodies, and skirts, feature a license-plate like designs which are picked up by the surveillance cameras to make the database less effective. The idea behind the clothing line, as per Rose, is to feed more and more junk data into the system to make it less effective at identifying number plates.

ALPRs are strapped across the US by government agencies and individuals can also purchase their own ALPRs to record and track vehicles. As per privacy advocates, this promotes mass surveillance and impacts the rights of people.