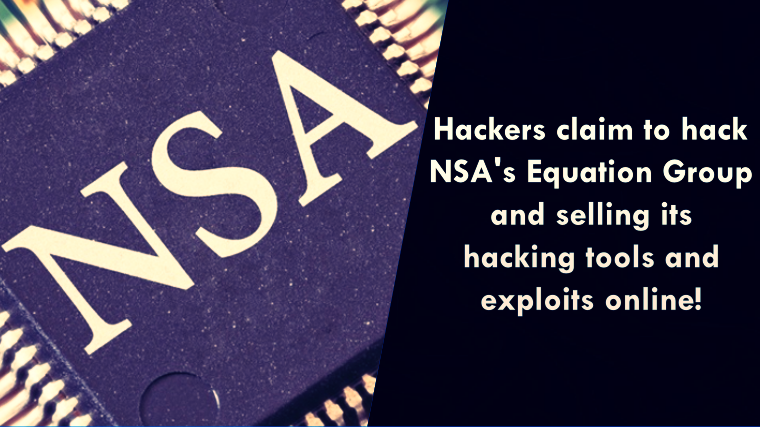 Shadow Brokers hacking group is claiming that it hacked NSA’s Equation Group and stole a trove of hacking tools and exploits! Hackers are selling the tools online right now!

A group of hackers going by the online handle of Shadow Brokers are claiming to have hacked National Security Agency’s (NSA) Equation Group stealing several hacking tools and selling them online.

The Equation Group is a highly sophisticated threat actor described by its discoverers at Kaspersky Labs as one of the most sophisticated cyber attack groups in the world and “the most advanced … we have seen”, operating alongside but always from a position of superiority with the creators of Stuxnet and Flame. Experts believe that Equation Group has a deep connection with the NSA. By 2015, most of their targets had been in Afghanistan, Iran, India, Mali, Pakistan, Russia and Syria.

Hacking of such a high-profile group is difficult but not impossible nevertheless the Shadow Brokers hacking group has already set up an online auction for interested parties to bid for ”Equation Group Cyber Weapons.”

Must Read: XKeyscore: NSA tool which tracks and stores everything a user does on the internet

The group has also posted example screenshots from the stolen hacking tools, here is an example below: 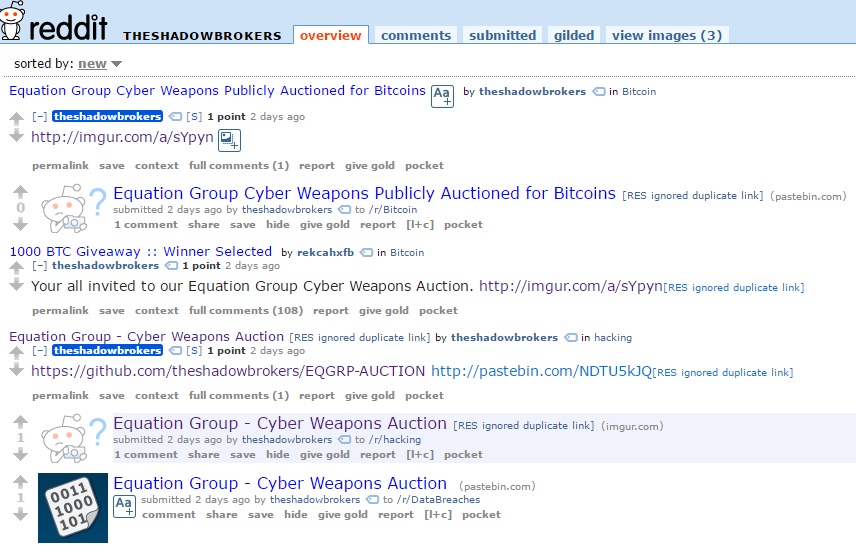 Currently, it is hard to say if data is legit or not, however, Matt Suiche, of UAE-based cybersecurity startup Comae Technologies told DailyDot that: “I haven’t tested the exploits, but they definitely look like legitimate exploits.”

This ShadowBrokers dump is like Pokemon Go, at the beginning you think it sucks, then you get into it, then you need to pay to get more.

Assuming this is legit and NSA, this raises some interesting challenges for the Vulnerabilities Equities Process inside IC.

Apart from the online auction, the group is asking anyone to pay 1 million bitcoins that are about $565 million and the whole set of hacking tools will be leaked online for the public.

Once again, at this time it is too early to say whether the hackers really got access to such a trove of data. It can turn out to be a phony claim so be careful before putting your money online for this auction.

“If this is a hoax, the perpetrators put a huge amount of effort in,” security researcher The Grugq told Motherboard. “The proof files look pretty legit, and they are exactly the sorts of exploits you would expect a group that targets communications infrastructure to deploy and use.”