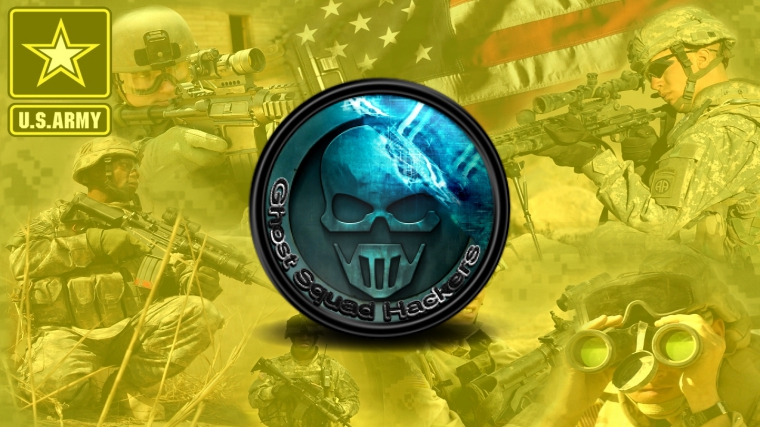 ShortRead: Hackers have leaked personal data of US Military officials and according to experts, it’s legit and never been leaked online before!

Ghost Squad Hackers (GSH) made their entry a few months ago by conducting Distributed Denial of Service (DDoS) attacks on Ku Klux Klan (KKK) and Black Lives Matter websites. The group then took part in Anonymous‘ linked operation OpIcarus against banking and financial institutions but the latest attack shows the hackers have graduated to a whole new level.

Yes, Ghost Squad Hackers have published US Military email accounts and personal information as part of #OpSilence campaign, the data was first uploaded to an onion site in the DarkNet and later published on other media like social networks and Pastebin.

The data was first found and analysed by Shay Rozen, cyber intelligence and Darknet expert for Hacked-DB who found out that there is a raw .txt file containing 4948 Lines of data on 2,437 US Army personals including names, emails, phone numbers, Dob, addresses, zip codes, credit card data including types, numbers, expiration date and CVV codes in plain text.

Must Read: ISIS Releases Another Kill List of US Military and Security Officials

We have blurred the data in order to protect users’ privacy

We have blurred the data in order to protect users’ privacy

Must Read: Second Hack Rattles US Federal and Military Personnel

In the original onion site that published the data first the hackers said:

“Fear is freedom! Subjugation is liberation! The contradiction is the truth! These are the truths of this world! Surrender to those truths, you pigs who fawn over clothing!” ~~Ghost Squad Hackers~~ #OpSilence!

Greetings United States government —We are Ghost Squad Hackers–,– Since 911 the recent uprisings of conflict in the middle east you have perpetuated a false allegory of terrorism from multiple instituted false flag events and attacks on your very own people, with almost forcing other countries to take you as a legitimate threat being you have a total over 900 bases outside your borders. It’s time to start asking if you are really for democracy or for expanding your empire. We are seeing more and more of your troops landing in other countries, we are releasing Military officials of your government from credit card information, to names and phone numbers and emails. A total of over 5000 United states military personnel will fall victim to this attack, we are not afraid of your empire, your new home will fall. Expect chaos”

A Little more information about #OpSilence:

As of June 1st, Ghost Squad Hackers – one of the groups participating in #OpIcarus launched a series of coordinated attacks against leading members of the corporate ‘mainstream’ media. The group selected its next target for this month’s series of cyber-attacks in their latest campaign named OpSilence. Mainstream media outlets will be the next sufferers with the group already successfully launching multiple attacks on the email servers of CNN and FOX News.

HackRead is in touch with the hackers and will update the article with more detailed information. Stay tuned!