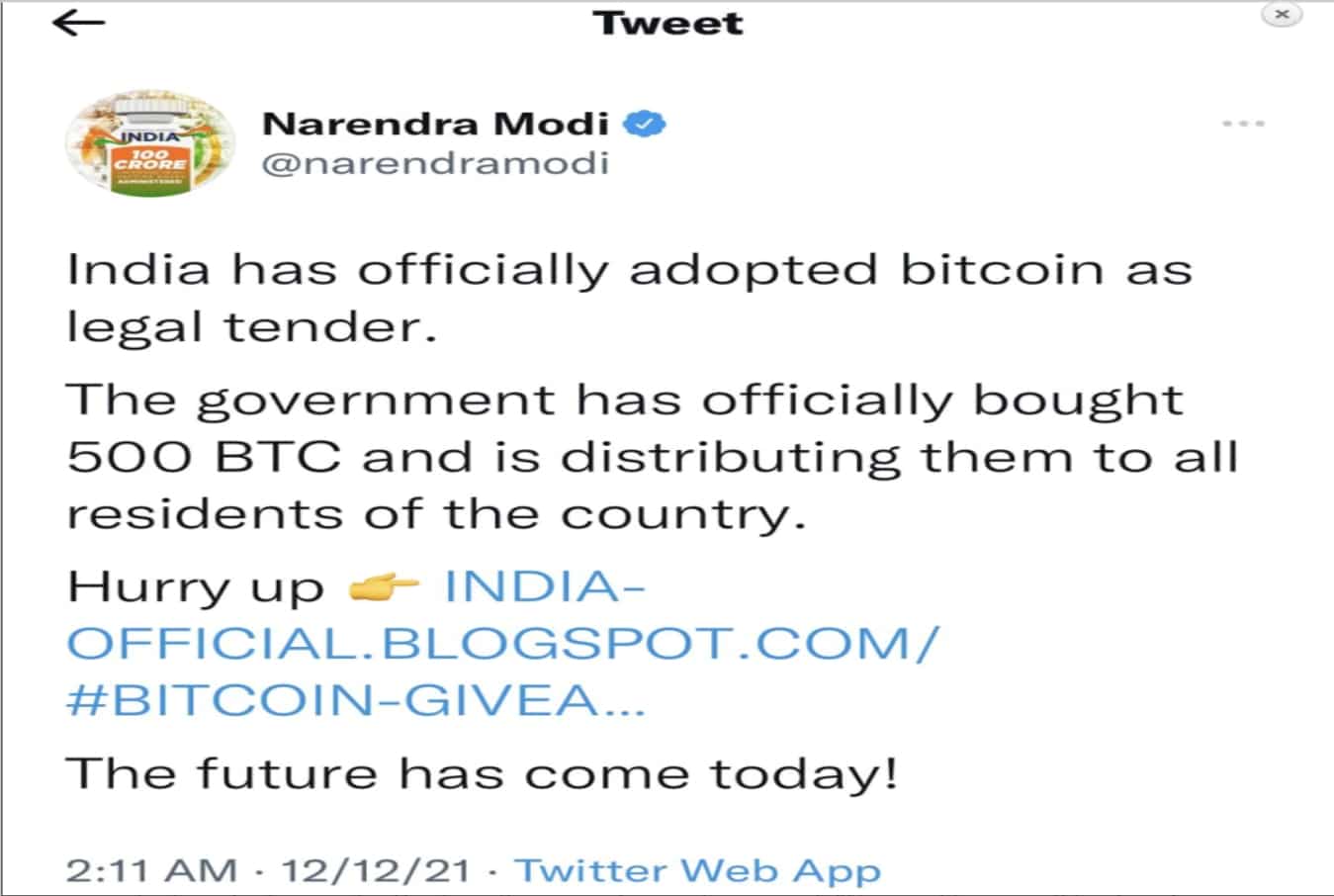 This was the second time that a Twitter account linked to PM Modi got compromised for a Bitcoin-related scam.

This is the second hack attack on an account connected to the Indian premiere in two years – Previously, on September 2nd, 202o, PM Modi’s personal Twitter account was hacked for a Bitcoin-related scam.

According to state officials, the account was restored promptly. However, the hacker had sufficient time to post a fake tweet on the PM’s behalf, informing the country that India has accepted Bitcoin as a legal tender, and the government has purchased 500 BTC, which it will distribute between the citizens. According to a tweet from Narendra Modi’s office on Sunday,

The false tweet stated that Indian has officially legalized Bitcoin, which hints at the fact that the hacker could be pro-crypto. In November, Indian finance minister Nirmala Sitharaman stated that the Indian government hadn’t recognized Bitcoin as an official legal tender.

The government is currently considering regulating cryptocurrencies while many cabinet members request to ban crypto. The hacker perhaps wanted to compel the nation to urge the authorities to legalize cryptocurrency, but it was definitely not the right way to do that.

Twitter claims that none of its systems was breached in the hack and stated that the lines of communication with the Indian PM are open round-the-clock.

The account was spontaneously secured when the company was notified about the incident. However, internal investigation from Twitter revealed that no other accounts linked to the PM or Indian government were impacted.

This is not the first time that the Twitter account of a high-profile personality was hacked to carry out a cryptocurrency-related scam. On July 15th, 2020 officially verified Twitter accounts of technology companies, top celebrities, and prominent government officials including Barack Obama, Joe Biden, Bill Gates, Elon Musk, Justin Sun, Apple, Uber, Coinbase, Gemini, Kanye West, and Jeff Bezos were hacked to run a crypto scam.