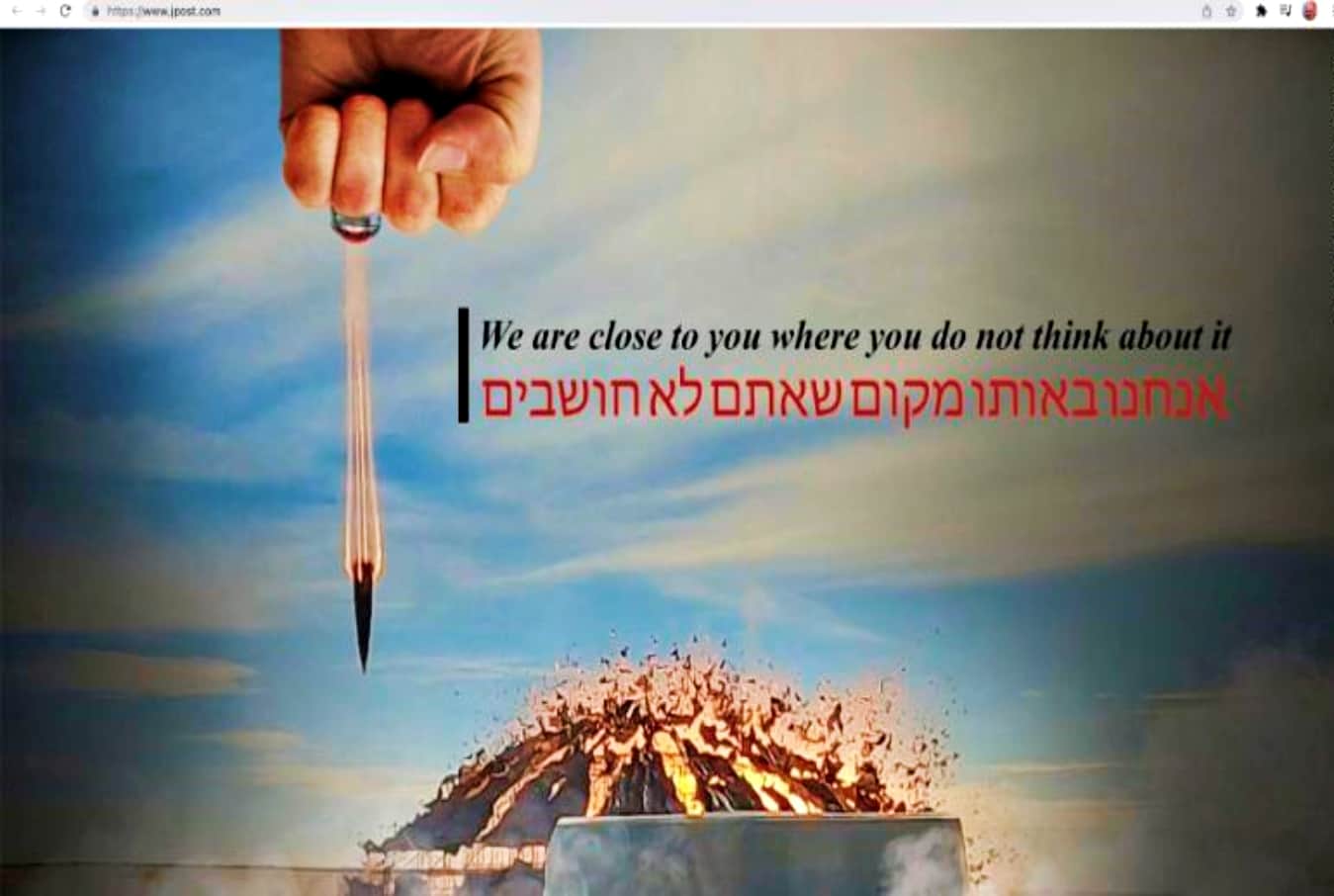 
Two years ago, Qasem Soleimani, a top Iranian general was killed in a US drone strike in Iraq, Baghdad. Soleimani was the head of the Quds Force, which is Iran’s Revolutionary Guards’ foreign operations wing.

The incident happened on this date in 2020. To mark Soleimani’s death anniversary, hackers targeted several top Israeli media outlets including Jerusalem Post and Maariv, one of the major Israeli national Hebrew-language daily newspapers

Hackers have targeted two major Israeli media outlets and posted threatening messages on their websites. The hacking occurred on Monday, and the targets were the Jerusalem Post website and Twitter handle of a Hebrew-language news outlet Maariv.

Jerusalem Post’s website showed the image of a bullet-shaped object shot from a red ring worn on a finger, referring to a unique ring Soleimani frequently wore, instead of the main news page.

A similar image appeared on the Twitter account of Maariv, which illustrated a fist firing a shell from a ring with a red-colored stone on a finger pointed towards an exploded dome. The image also contained this message in Hebrew and English languages.

“We are close to you where you do not think about it.”


The Jerusalem Post noted that the hack lasted for a few hours while Maariv stated that the tweet was deleted promptly and nothing new was posted the whole day on Monday. The is no clarity as of now regarding which group targeted these outlets.

On the other hand, according to reports, Yemeni Houthi rebels targeted an Emirati ship in the Red Sea. The rebels seized the ship called Rwabee, on Monday. It is worth noting that the Red Sea is a crucial route for foreign trading, particularly for energy shipments.

SEE: Hackers deface 1000+ Israeli websites in an attempt to get webcam access

The ship was seized off the Hodeida coast. According to Yahia Sarei, the Houthi group’s representative, the group seized an Emirati “military cargo ship,” carrying unlicensed equipment into the territorial waters of Yemen to carry out “hostile acts” and jeopardize Yemen’s stability.

On the other hand, the ship’s owner Liwa Marine Services claimed that Rwabee was targeted but refused to share more information on the incident.