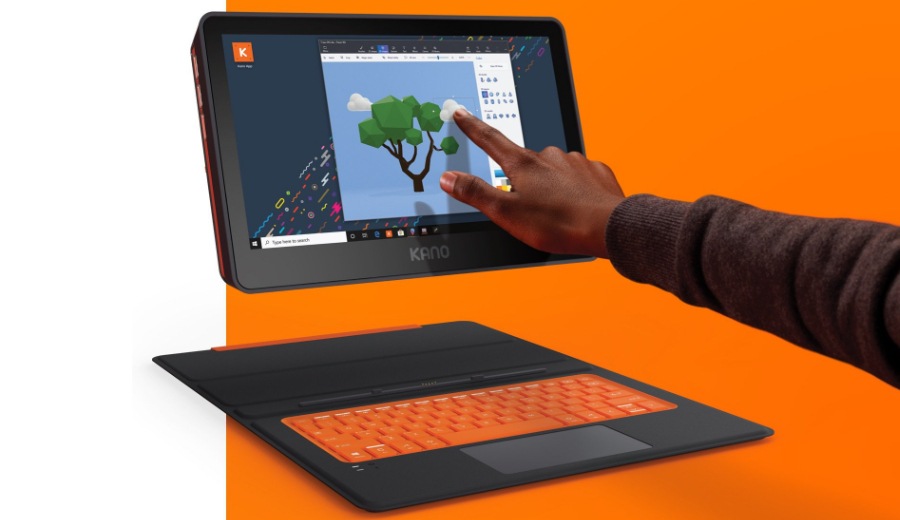 Kano is a popular educational startup that is known for releasing DIY computer kits for kids to help them learn to code and develop technical aptitude.

This time, Kano has partnered with Microsoft to launch a build-your-own PC that runs on Windows 10 S — a lite version of the OS.

Dubbed Kano PC, the laptop has a striking resemblance to Surface PCs by Microsoft. It has an 11.6″ touchscreen display that can be attached to a keyboard case. Overall, the PC has been designed specifically for kids keeping the requirements of a “21st century classroom” in mind. Kano’s previously released DIY computer kits were powered by Raspberry Pi 3 chips and they ran on Kano’s own OS. On the specs front, the PC packs a 1.44 GHz Intel Atom x5-Z8350 quad-core processor, 4GB of RAM, and 64GB of storage that can be upgraded with a microSD card. For connectivity, the Kano PC has an HDMI port, 2 USB ports, a headphone jack, microphone, WiFi and Bluetooth. However, the Windows 10 S operating system in it has a limitation that it can run apps only from the Microsoft Store. But I guess that’s okay keeping the requirement of kids in mind. The instructions to assemble the computer are presented in a step-by-step storybook for kids so that they can learn it in a fun way. There’s also an app called “How Computers Work” that teaches them how to code and create emojis through binary code.

Kano has installed an educational edition of Minecraft on the PC along with other Microsoft apps like Paint 3D and Microsoft Teams.

Kano PC is going to launch in the US, UK, and Canada on 21st October. Those who are interested in buying it can preorder on Kano.me for $299.99.