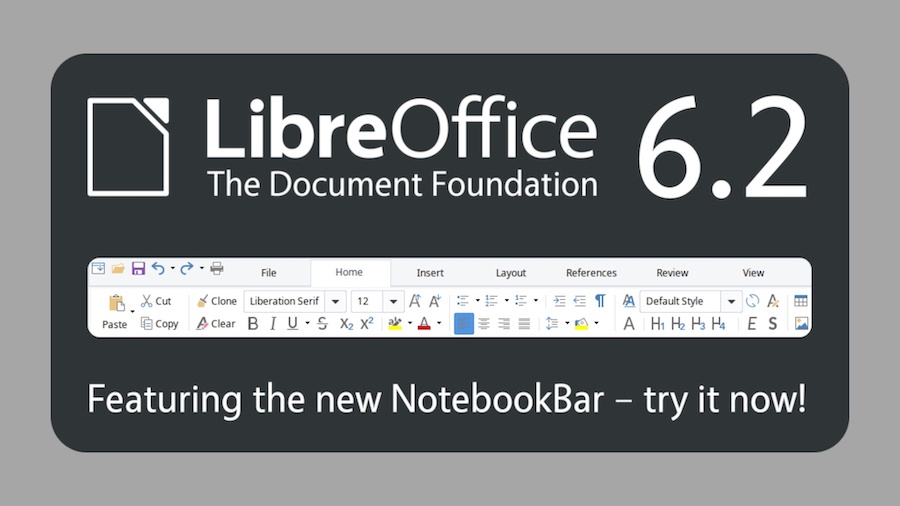 The Document Foundation has released the latest version of its popular open source office suite in the form of LibreOffice 6.2; it brings some major improvements over its predecessor.

One of the most notable features of LibreOffice 6.2 is the new “tabbed” user-interface, dubbed NotebookBar, which was in an experimental phase for quite some time. The feature is not enabled by default and is available in three different variants — Tabbed, Contextual and Grouped.

Each flavor brings a revamped approach to menu layout and complements the native toolbars and Sidebars.

The official blog post says, “The Tabbed variant aims to provide a familiar interface for users coming from proprietary office suites and is supposed to be used primarily without the sidebar, while the Grouped one allows to access “first-level” functions with one click and “second-level” functions with a maximum of two clicks.”

With the release of LibreOffice 6.2, the company has officially ended Linux x86 32-bit binary, and there will be no official Linux x86 builds henceforth.

You can read the complete release notes of the latest LibreOffice version here. To download LibreOffice 6.2, visit this link.