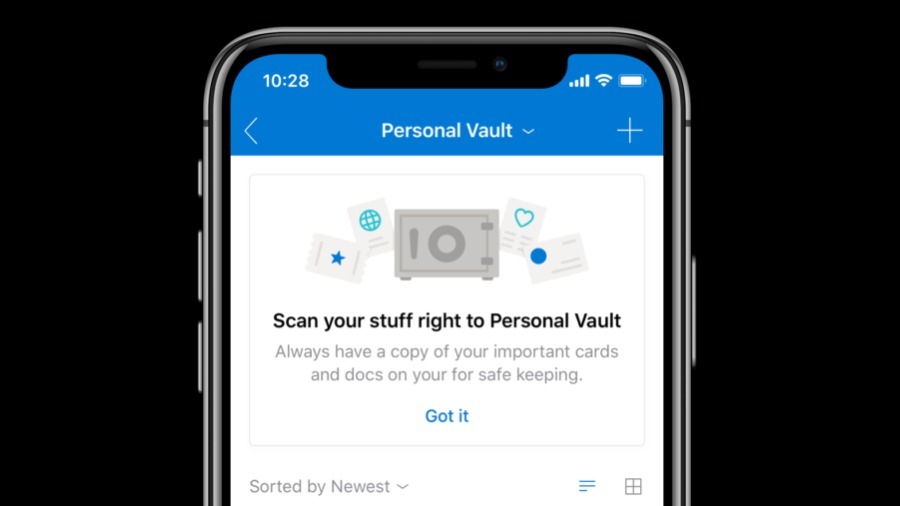 Microsoft has announced another helpful feature for OneDrive, which might compel people to jump the ship and switch over to its cloud storage service.

The company is adding a new designated space on OneDrive where users would be able to upload and store sensitive files, photos, and documents.

It could be of great deal to the people who want to store data, however, if it falls into the hands of the wrong people, it could be disastrous.

To safeguard the OneDrive Personal Vault, users will have different 2FA options including fingerprint, face, PIN, Microsoft Authenticator, or OTP sent via SMS.

Microsoft assures that the data kept in the secure vault will be fully encrypted just like all other files on OneDrive. Not just security, the company has added a bunch of options to make the Personal Vault even more usable.

You can record videos, scan documents, click photos and upload them directly to the secure vault, without the need to copy/paste from your regular OneDrive storage.

You can also use the personal vault on your Windows 10 PC where Microsoft will store all the related data in the BitLocker-encrypted area of the hard drive.

OneDrive Personal Vault will be released later this year, starting with Australia, New Zealand, and Canada. It will be available for Android, iOS, Windows 10, and the OneDrive web version.

However, it does come with a twist. You will be able to use the feature if you’re using the free version of OneDrive, but you’ll be able to upload only a limited number of files to the Personal Vault. This applies to both free users and even those who have the 100 GB storage plan.