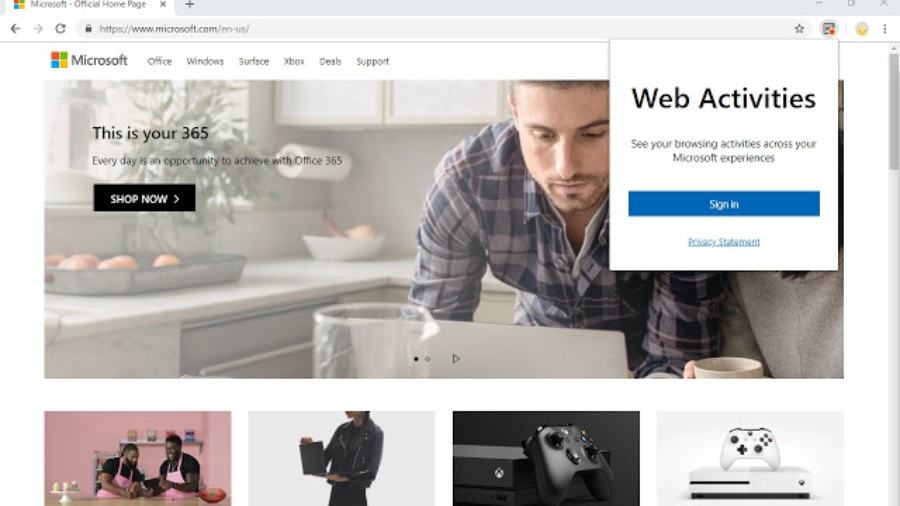 Windows 10 Timeline, which allows users to track documents and web pages that they have accessed in past, is now available as an extension on Google Chrome.

Microsoft has announced Windows 10 Timeline activities is coming to Google Chrome which was previously available only in Microsoft Edge.

Dubbed the Web Activities, this extension syncs browsing history between different devices and also makes it possible for users to resume their last session even on Chrome browser.

Moreover, users’ browsing data in Google Chrome also gets synced with the Microsoft Launcher on Android for further boosting the cross-platform synchronization.

“With this extension, your browsing history will appear across all your devices in surfaces such as in Windows timeline and Microsoft Launcher for Android. Just sign in with your Microsoft account, select a site you’ve recently visited, and pick up where you left off.”

In an official blog post for Insiders, Microsoft said that they have plans to add support for more apps in Timeline and Chrome extension was their foremost priority.

You can download the Web Activities Chrome extension from here.

In another Windows-related development, Microsoft yesterday announced that it will provide an update SHA-2 update for Windows 7 in March despite its plans to no longer release updates for the operating system after January 14th, 2020.