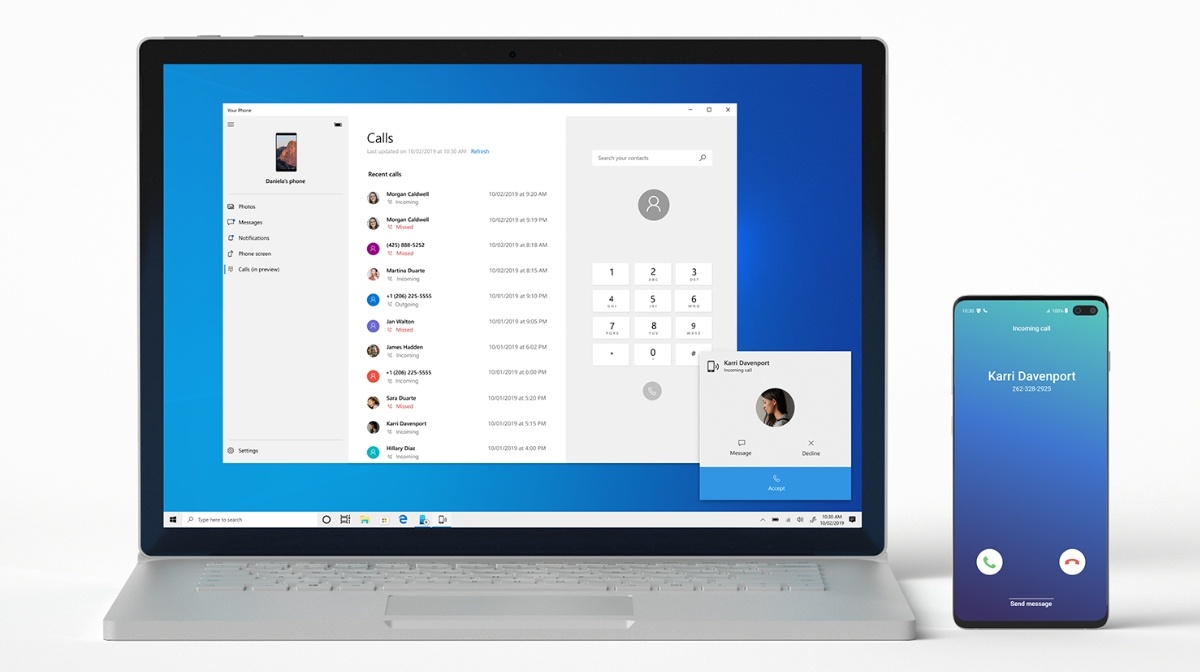 When talking about the Apple ecosystem, one of the things that I like is that you can receive phone calls on your iPhone, iPad, or Mac. Sadly, Android users haven’t been able to have that level of comfort until now.

Microsoft has added the much-awaited phone call feature to its Your Phone app for Windows 10. For those who don’t do, the app lets you connect your Android or iPhone to your Windows 10 PC and do things you couldn’t do before.

Windows Insiders are testing the phone call feature for quite some time. But now, the Windows-maker has made it generally available. However, right now, it’s only limited to Android users because Microsoft hasn’t been able to do much for Apple’s closed ecosystem.

Thank you #WindowsInsiders for your feedback over the last couple of months. Today, we’re pleased to announce the general availability of the #YourPhone app Calls feature, which allows you to receive and make phone calls on your PC: https://t.co/m47kLcXgbS pic.twitter.com/4GuIOXjR71

Microsoft has already shown off the feature in action at the Samsung Galaxy Note 10 launch event earlier this. It adds to the existing set of helpful Your Phone features like screen mirroring, messaging, notification syncing, photo syncing, etc.

Anyway, the new Windows 10 phone call feature lets you dial numbers and make calls without even touching your smartphone. You’ll be able to access the call history and transfer a call back to the phone in case you want.

So, all-in-all, that’s a helpful addition that Microsoft has made to the Your Phone app.

To get the feature to work, connect your Android device to the Your Phone app. Next, the option to make calls will show up on your Windows 10 PC inside the app.

I tried using it on the Pixel 2 XL that I have, but it doesn’t seem to work on it right now. Some other users have also reported that the phone call feature isn’t working. So, I will update this story after testing it on other phones.

Let us know how is your experience of the new phone call feature.