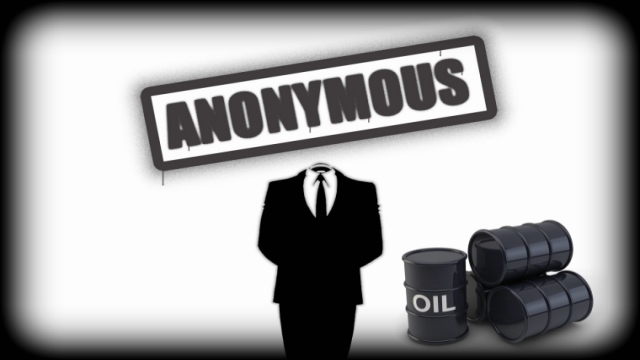 The online hacktivist Anonymous is seeking to wipe-out evils like child labour, corruption and injustices from the world are in full form nowadays. Only a few days ago the group revived its seemingly dead campaign against multinational corporations, labeled as Operation Canary and now it has resurrected the campaign that it started last winter against African corporations, dubbed Operation Africa.

During #OpAfrica, Anonymous hacked South African job portal, Ugandan Ministry Of Finance and an IT company under the Rwandan government. The group also leaked details of 64,000 workers from Tanzanian telecom firm. However, now #OpAfrica has claimed another victim, which is the Kenya Petroleum Refineries LTD, reports Softpedia. 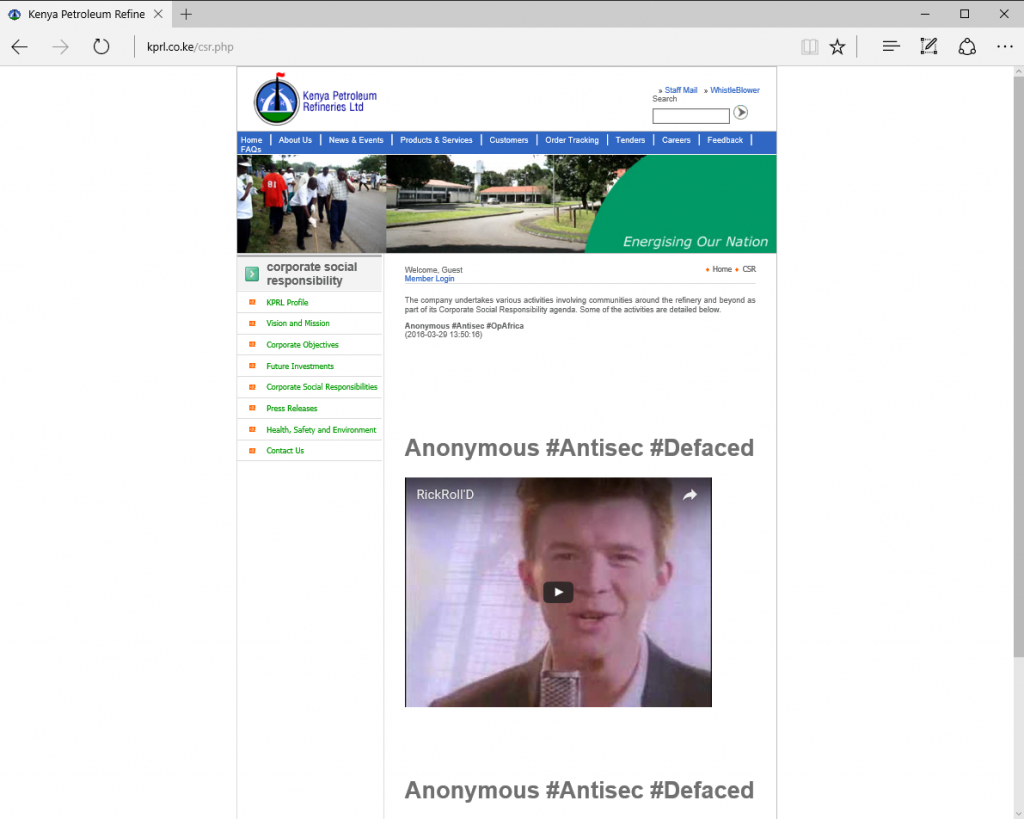 Screenshot of the deface page uploaded by Anonymous

The reason behind reviving old campaigns against corporations is to highlight the abuses done by these big companies in collaboration with local governments only to make some quick profits. The quest to earn more has completely sabotaged the true spirit and ethics of running an organization, and Anonymous aims to bring to the limelight this very aspect.

So after hacking the Canada-based mining company’s website and uploading disgraceful comments, now the hacktivists at Anonymous have targeted a Kenya-based petroleum firm. The company is currently owned by the Indian MNC Essar Group. Just like the case in Canadian corporation, Kenyan firm’s website home page was also defaced as can be seen from the screenshot below.