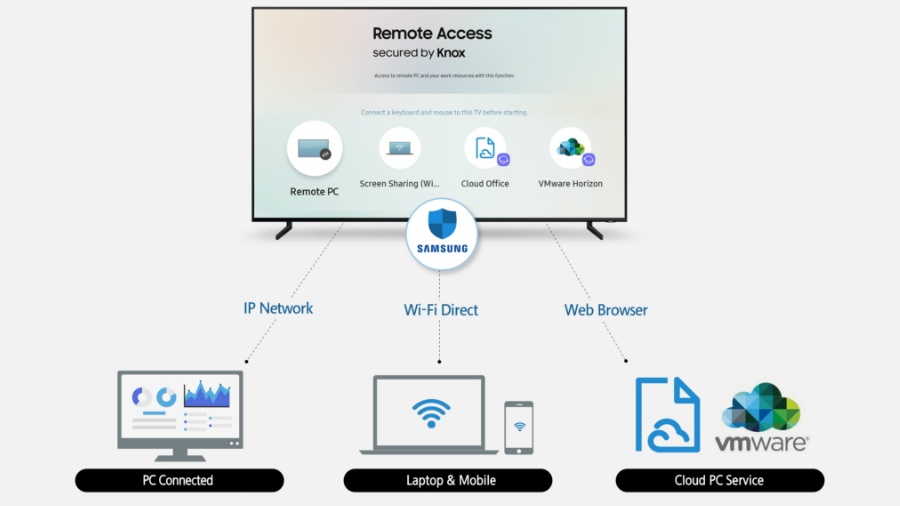 Samsung has introduced a new Remote Access feature which will allow users to connect their devices to the Smart TVs, without the use of a wire.

The new Remote Access feature will ship in the upcoming 2019 Samsung Smart TVs, allowing users to view content on the larger screen via other devices such as PCs, tablets, and smartphones.

The Remote Access feature will disperse the need of a separate HDMI cable, for accessing content on the TV screen via other devices from any room.

The nascent feature, apart from connecting PCs, tablets, and smartphones to the TVs, will also be able to connect keyboards and mouse which will call for easy content control on the screen.

Furthermore, web browser-based cloud office service can also be used via the new feature. It will allow users to access and edit documents and files on their TV screen.

Samsung has partnered with VMware Horizon, a company that offers desktop and application virtualization products, for the feature.

Additionally, to ensure that the security of users remains intact Samsung has incorporated its proprietary Knox security tech in the remote access feature.