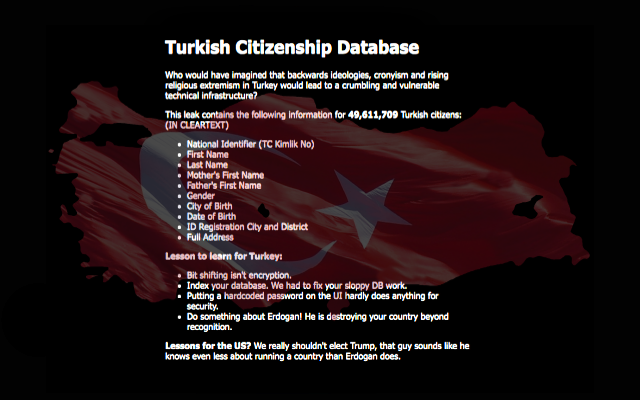 Someone has leaked entire Turkish citizenship database over the Internet

A website is displaying leaked details of 49,611,709 alleged Turkish citizens including the details of Turkish president Recep Tayyip Erdoğan.

The front page of the website provides details about the content of the leaked data and claims to contain leaked data of 9,611,709 Turkish citizens (1.5GB compressed – 6.6GB uncompressed) including:

Although it is unclear who is behind the leak, the message on the website containing leaked data does give a glimpse about the political ideology of the hacktivists, for example: While criticising Turkish president Erdoğan, his policies and weak security implementation on the country’s most sensitive database, the hacktivists also sent a message to the United States and urged the country not to select Trump as a president. 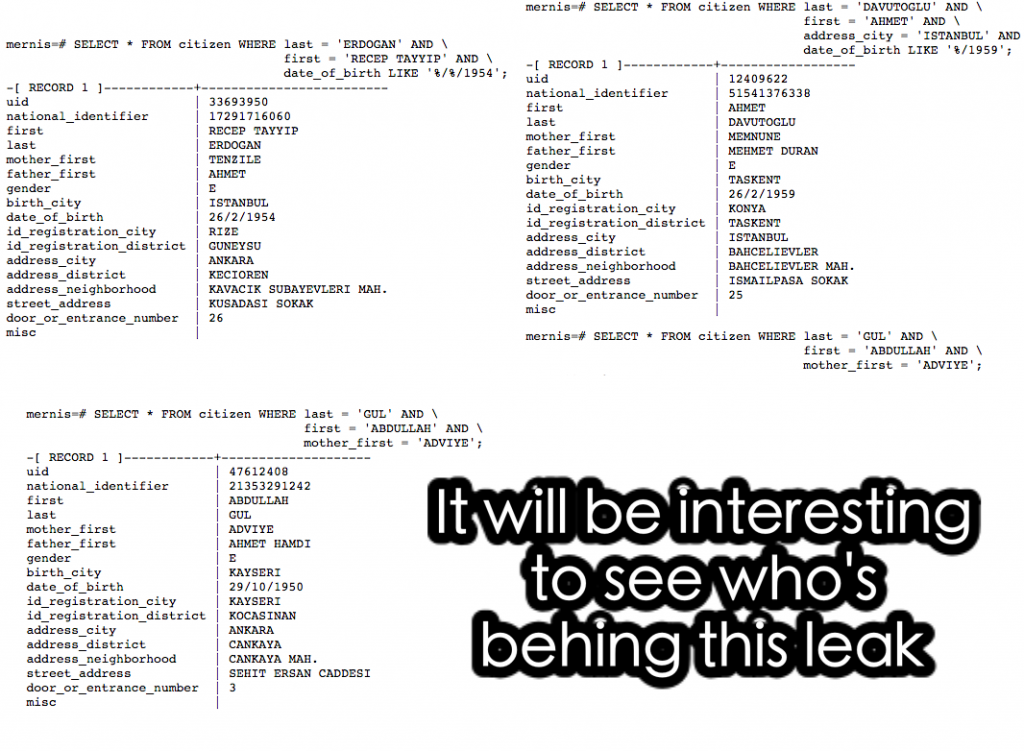 If proven real, this can be one of the largest security/PII breaches since the OPM hack. Some claim the leaked data is legit — but it is just a decrypted version of data that was leaked over a couple of months ago.

If this is really what it claims, I think it is one of the largest security/PII breaches since the #OPM hack: https://t.co/xyFRTf2hHD