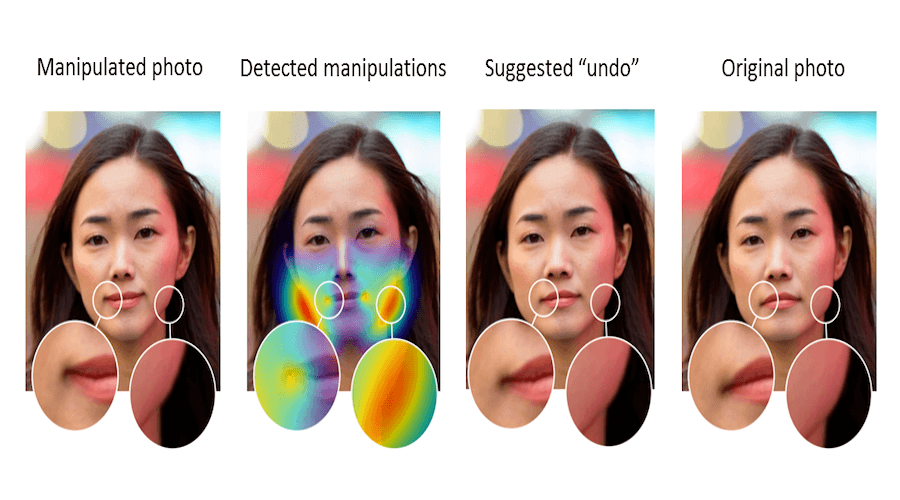 We’re living in a world where deepfakes and manipulated images have become a means to spread fake information. Adobe wants to make the world a safer place and has therefore showcased a prototype AI tool that is capable of detecting facial manipulations in doctored images edited with Photoshop software.

Adobe has collaborated with researchers from the University of California, Barkley to develop the artificial intelligence tool. In a blog post, the company mentioned that it has developed a method to detect images distorted with Photoshop’s Face Aware Liquify feature. The tool will help in “democratizing image forensics, the science of uncovering and analyzing changes to digital images.”

It is a part of Adobe’s efforts to detect manipulated images, videos, documents, and audio. Adobe has trained a Convolutional Neural Network (CNN) on a set of images modified using the Face Liquify feature of Photoshop and an artist was also hired to train the AI for human-made alterations and techniques.

During the development and testing, the tool achieved the accuracy of 99% in detecting altered faces. Additionally, the tool also managed to revert the images to their original form.

Adobe says that a magical ‘undo’ button will not turn up overnight, but this AI tool is a major step towards spotting manipulated images used to spread fake news.