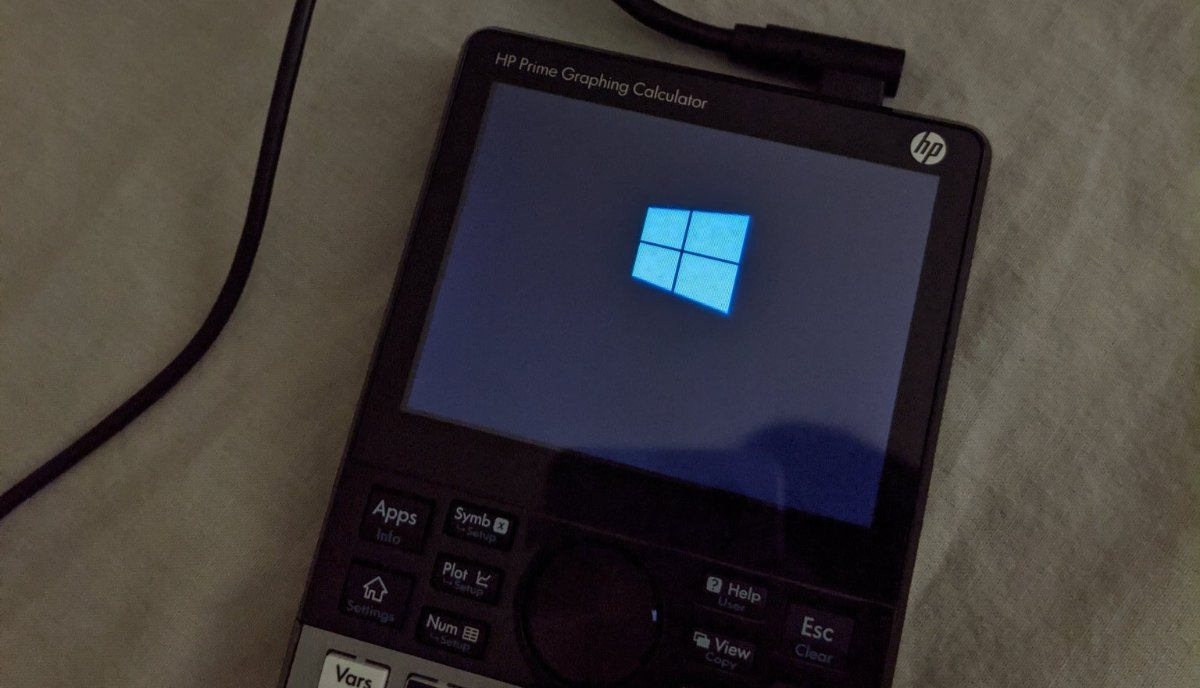 We have already seen Windows XP booting on Nintendo Switch and Windows 10 running on OnePlus 6T. This time a developer has managed to run Windows 10 on a calculator (via Windowslatest).

The calculator, in this case, isn’t a basic or scientific calculator that we see commonly. The pictures posted by the developer shows an HP Prime Graphing Calculator running Windows 10 that comes with a touch screen interface, and good industrial design.

The developer Ben, tweeted a picture of Windows 10 IoT (Internet of Things) edition running on his HP Prime Graphing Calculator.

The calculator has been been hacked to run Windows 10 IoT Core which doesn’t offer a full Windows Shell experience.

For the uninitiated, Windows 10 IoT Core is an OS that companies use on smaller devices that come with or without a display, for instance, devices like Glas Thermostat and Raspberry Pi use IoT Core. You can run this edition of Windows on any smallest embedded system such as automatic door lock or the Rasberry Pi.

Nevertheless, you can run the Universal Windows Program (UWP) apps and background processes on it.

Ben mentioned in the initial tweets that his first boot attempt failed with some pre-OS error (couldn’t exit UEFI Boot Services) since the screen is too small.

“I can’t see error code right now; have to deal with the tape for UART access.”

Later he managed to access Windows Boot Manager and Windows 10’s boot UI. The details on how he managed to install Windows 10 on a calculator which has a mere 256MB of RAM, is yet to be revealed.

There is also a lot of work to be done as the project has not been completed yet. We hope that the developer would share more details about the project in the coming days.