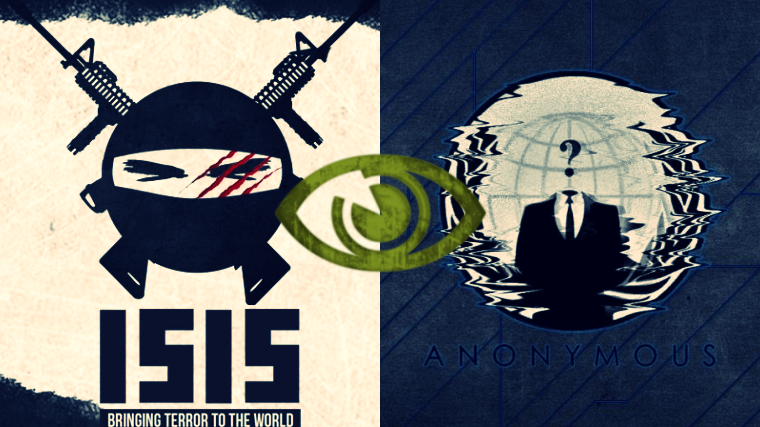 Anonymous and other hacking groups should start adding their profiles inside the dark web platforms of ISIS and keep an eye on their activities — agreed? What do you think?

When it comes to Internet the Anonymous hacktivist group has been on the front line of defense against so-called Islamic State (ISIS) aka Daesh terrorist group spreading its violent ideologies.

Since the creation of ISIS terrorist group, Anonymous has rightly waged an online war conducting cyber attacks on its cyber infrastructure in shape of distributed denial-of-service (DDoS) attacks, website defacements, data leaks, exposing social media accounts with pro-ISIS content etc but is it all worth it or can it stop these bloodthirsty throat cutters from carrying yet another terrorist attack against innocent people? This is debatable but recently an Israeli security firm, Intsights, claimed to have hacked into a Dark Web forum hosted through Telegram and operated by ISIS to plan future terrorist attacks.

The firm claims that hacking into the forum allowed them to expose plannings regarding future terrorist attacks and discussions regarding previous attacks including the killing of an 85-year-old Catholic priest in a French Church. The celebrity blogger Graham Cluley reported that the forum is also said to have a world map highlighting future attacks against military and air bases operated by Canada, Israel, Western European countries as well as the United Kingdom and the United States.

It is unclear how the Israeli firm hacked into the forum as hacking into a dark web forum is almost impossible to crack, however Anonymous hackers in the past did deface a pro-ISIS site with a viagra advert. The question is; what is beneficial in the long term? hacking and defacing, hacking and leaking details about members of pro-terrorist groups or hacking and keeping an eye on such platforms to not only expose future attacks on high-level targets but also to keep track of such forums to stop attacks worldwide.

Olivier Laurelli, a Franch computer security blogger also came up with a similar conclusion that shutting down pro-ISIS twitter accounts or platforms is a bad idea and leaves the security and law enforcement authorities blind when it comes to tracking the activities of such users.

What do you think? should Anonymous, like the Israeli security firm hack and spy on such forums and inform related authorities in case terrorists plan to attack their soil or should Anonymous continue with their current strategy?