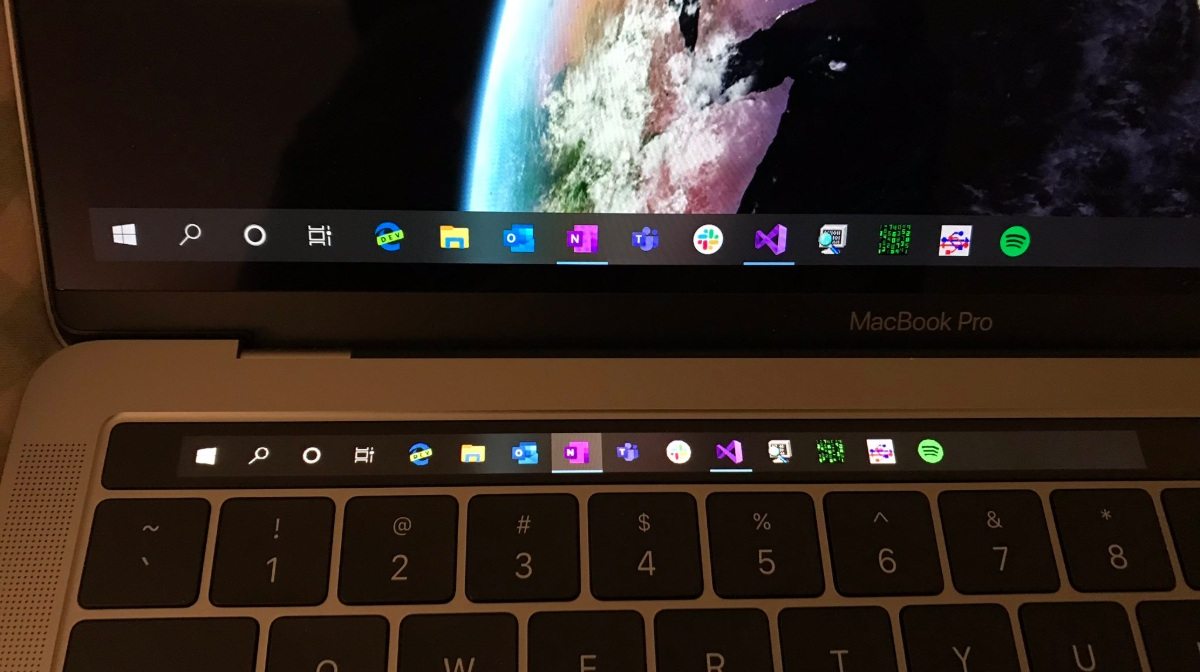 Whether we want it or not, the Touch Bar is now there on all the MacBook Pro models. For some people, it can be really useful while for some it’s just a strip of glass sitting above their keyboards.

Anyway, a developer named @imbusho (Bingxing Wang) has managed to make the Touch Bar compatible with Windows 10, in case you’re planning to install Microsoft’s operating system on your Apple computer.

And as it turns out, one of the best use cases for the Touch Bar is to use it as a Taskbar alternative for Windows 10.

This means if you’re running Windows 10 on your Mac, the Taskbar bar can be displayed on the Touch Bar, making it easy to open the Start Menu or switch between apps.

Wang explains that the Touch Bar hardware on MacBook Pro is recognized as a USB-keyboard by default for acting as a replacement to function keys. But also as a USB touch screen display device to show app-specific controls.

To make the compatibility possible, he used the USBCCGP driver and made a Windows registry entry to switch to the second configuration on Windows. He then created a kernel driver to support FrameBuffer transfer.

Using USBCCGP driver and a registry entry it is possible to switch to the second configuration on Windows, then a driver has been implemented to support FrameBuffer transfer (display)

Wang said he would create something similar for Linux after he completes the Windows work. In the past, the curious developer has worked on other interesting projects such as installing Windows 10 on a Nintendo Switch.

It remains to be seen how his Touch Bar support tool will turn out in the future. And if at all, it becomes a usable app that people can benefit from.