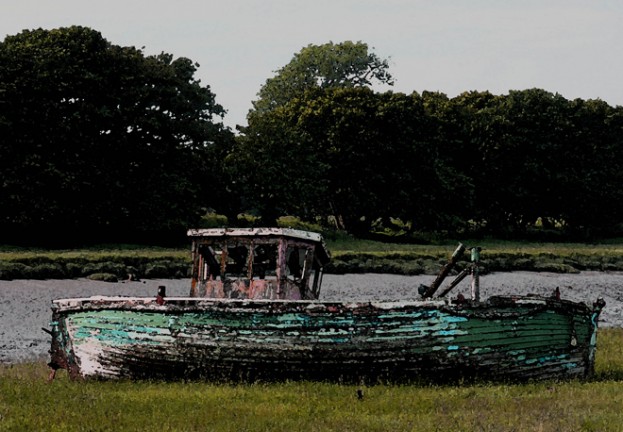 While phishing-related malware is still mostly Windows targeting, attacks that rely purely on social engineering and fake web sites might be delivered by any platform, including smartphones and tablets. The more cautious you are, the better informed you are, and the more you think before you click, the more chance you have of leaving phishing craft stranded.

While phishing-related malware is still mostly Windows targeting, attacks that rely purely on social engineering and fake web sites might be delivered by any platform, including smartphones and tablets. The more cautious you are, the better informed you are, and the more you think before you click, the more chance you have of leaving phishing craft stranded.

This an updated and expanded version of advice that I’ve given many times in blog articles, white papers and conference papers. I’m not resurrecting it with reference to any particular phish (though I’m seeing an interesting selection of Apple-ID-targeting phishing mails at the moment), but because in the course of a conversation I had on a social media site, I promised to generate an update: sadly, there’s a continuing need for (hopefully) reliable advice on phishing.

Note that phishing is by no means restricted to email messages, but most of the advice given here also applies to other messaging media such as direct messaging in social media and instant messaging applications. Then there are telephone scams, but they probably deserve an article of their own, given the range of unpleasantness they cover.

The hope here is that the advice given here will make it a little easier to recognize a probably phish message. It’s probably inevitable that I’ll offer more information than some people will want – it’s an occupational hazard among security professionals – but there’s a summary of the most important points in the Conclusion. However, the more detailed content should be of use to people and organizations using this material as the basis for educational and training initiatives, for instance.

More often than not, the scammer knows that there’s a good chance that the message will be scanned by security software – sometimes by multiple applications (anti-virus, spam filtering, packet filtering, attachment filtering and so on) – for malicious content, malicious links and so on. If your mail provider does sound filtering you may hardly ever see workaday spam and phishing: Gmail, for example, is very good at diverting such things to a junk folder which you may never look at.

Maybe you should, occasionally, though. Automated filters can be overprotective, hiding messages you would really have liked to see, as well as letting through messages you really wouldn’t want to see if you had a choice. As was brought home by a somewhat different problem, to err is human, but to trust unequivocally in a complex algorithm – even a well-thought-out filtering application – is indescribably naïve. Computers may not make mistakes – at least, not in the same sense that human beings do – but computer programmers do, because even the best of them can’t take into account every possible circumstance. Your security software may not insensitively remind you of a recent tragic event, but it can overlook a malicious message and overreact to something innocuous: both good reasons not to assume that you are immune to the actions of criminals because you have security software. Your own awareness and knowledge should be part of your defensive strategy.

Security is Technology and People

Sometimes, then, a human being can be better at phish philtering (sorry) than automated detection of ‘suspicious’ messages by an application, but always remember that a scammer may well be more adept at manipulating a victim directly by psychological means (social engineering) than at (mis)using technology in some way. Common sense can get you a long way in determining whether a message is genuine or not, but sometimes it’s not enough. (In which case the commonsense rule is to assume that if you can’t be sure, assume the worst.)

Often, when it comes to information technology, a sensible and rational person is disadvantaged by a lack of techie knowledge: not everyone is obsessed with bits and bytes. (So I hear…) Which is exactly what tech support scammers (for example) rely on. Phishing is another activity that relies on victims who aren’t well-enough informed to distinguish between phish and phowl. My intention in this blog is not to turn victims into experts on reading mail headers or to offer a short course on criminal psychology, but to give enough information to enable them to sidestep some of the traps for the unwary.

All malware is targeted…

…it’s just that some malicious programs target more people than others. But whether or not malware is directly involved, catch-all scam messages have a basic flaw.

Most phishers know nothing about you. (We’re not talking about spear-phishing, targeted malware, APTs and so on here. In those instances, the malefactor has often done some research into the targeted individual before they make the first approach.) However, phishers generically targeting bank and credit card users, application marketplace account users, consumers of civic services and so on, normally take a scattergun approach, firing off volleys of messages in the hope of hitting the occasional target who is both a user of the service they’re pretending to be, and unwary enough to fall for the con.

But it’s from my bank! If you receive email apparently from an institution with which you have a business relationship (say your bank, eBay, or a tax office) that doesn’t mean that you should accept it unquestioningly.

A particularly common trick (but also a clear indication of malicious intentions if you spot it) is an embedded URL that looks legitimate but has been modified to hide the real target. URLs can be obscured in many ways, though modern browsers have been updated to counter many of the camouflage techniques of yesteryear. However, if inspecting the source code for HTML mail or even passing the cursor over the URL shows a mismatch between the apparent site name and the target URL the browser actually sees, this is very suspicious. Suspicious, but not conclusive: many large organizations, including the big banks, use multiple domains for various purposes, and some outsource mail and other services to external companies whose domains don’t appear to have anything to do with the provider. Unfortunately, this is one of the practices that make the scammer’s life easier, but it’s a practice too firmly ingrained in modern business to expect it to be discontinued any time soon. Here are some other tricks used by scammers and spammers.

[Added 9th January 2015. Here’s a suggestion by Bruce Burrell: try pasting those two bogus welivesecurity.com URLs into Notepad (Other Text Editors Are Available), then search for the letter ‘o’. This one – ωϵІіѵєѕєсᴜᴦіțу.ϲοᶆ – looks pretty odd, but this one – welivesecurity.cοm – is a lot sneakier. Paste it in then type the correct domain name in below it. Can you see the difference?]

Sometimes the real danger is in the attachment, which may be some form of Trojan or contain malicious links that aren’t present in the message. Security software is often cautious about attachments, and may even want to block all attachments, which is pretty safe but rather inconvenient for most of us. While good security software is actually more effective than competing sectors of the security industry might want you to think, malefactors continue to look for new approaches to slipping malware past the eye of the victim and the scans of security software.

You may think that the age of macro malware is long gone, but that’s not exactly the case. Targeted malware and so-called APTs continue to use documents rather than unequivocal program code as a vector, and it’s certainly not unknown for untargeted malware to take similar approaches, though it’s still the case that higher volumes of specific malware tend to be detected earlier by a wide range of security products.

Don’t Be Panicked into a Bad Move

One of the weapons in the phisher’s armoury is to present the ‘problem’ that requires you to log in as requiring urgent resolution (“You must log in within 24 hours or your account will be terminated for security reasons.”) This variation on a well-known sales technique (“Offer only lasts till the end of today!”) is intended to panic you into responding. Apart from increasing the pressure on the victim, it also works to the advantage of the phisher, who often needs an urgent response before law enforcement and other countermeasures are put into place, security software starts to detect a new threat, a malicious URL is identified and blocked, and so on.

The notes above refer to indicators of possible malice: they don’t in themselves usually constitute absolute proof of guilt or innocence on the part of the sender. They do, however, give you some idea as to whether it’s safe and sensible to go clicking on things without further investigation, especially if several of those indicators are to be found in the same message.

1) Does the message really show that the sender knows anything about you, let alone that you already do business with him?

2) Expect the worst from attached files and embedded links.

4) Don’t let threats get to you

Don’t be panicked into reacting straightaway and without due caution by threats to suspend or remove your account (for instance) within (say) 24 hours. Most companies are not in such a hurry to alienate a good customer.

Don’t forget that just because you’re running anti-virus and other security software, that doesn’t mean that you can click indiscriminately on the assumption that your software will detect all malicious code and websites: no self-respecting security researcher or developer will claim that his or her software will detect all malicious code, known and unknown.

The kind of crude, text-only phish (usually written in bad English) that we saw a few years ago is far rarer today, but the basic form of the attack hasn’t changed much: only the quality of the social engineering and the far more professional presentation.

However, the attack surface and range of vectors have broadened considerably: whereas most phishing attacks used to be delivered through email, we now see other forms of messaging exploited, such as SMS (texting), social media like Facebook and Twitter, even voicemail. And whereas phishing-related malware is still mostly Windows targeting, attacks that rely purely on social engineering and fake web sites might be delivered by any platform, including smartphones and tablets. The more cautious you are, the better informed you are, and the more you think before you click, the more chance you have of leaving phishing craft stranded.

Finally, here are a few ESET papers and blogs on phishing:

ESET isn’t only about malware: if you have information or questions about phishing and other scams, we welcome comments below.