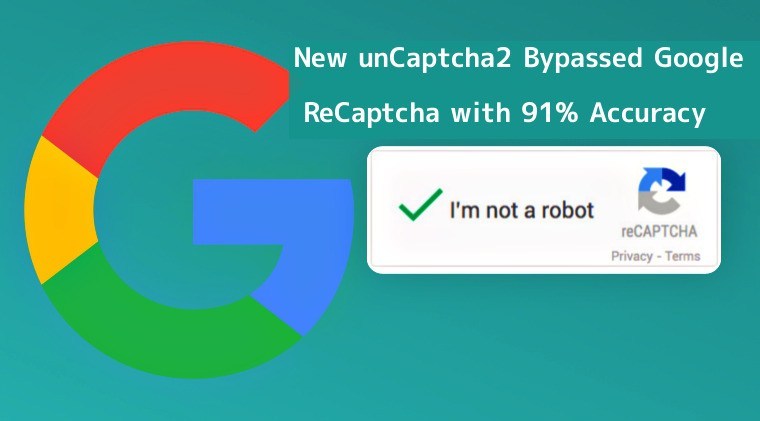 Researchers from the University of Maryland recently break the Google’s
ReCaptcha audio challenge system using new unCaptcha2 with 91% of accuracy.

ReCaptcha is one the most popular system that protects website from bots and challenge that provides “I am not a robot” popups to make sure the website accessing by a real human.

This is one of the widely used system by millions of website in order to protect from bots and now its breaks second time using Google own
speech-to-text service.

Earlier attempt on 2017, unCaptcha bypassed the ReCaptcha
digits chellange with 85% accuracy then later Google fixed and released an update.

Update contain some of the Major changes that includes Better browser automation detection and Spoken phrases rather than digits.

This was initially successful until the new unCaptcha2 break the new system on June 2018, and the unCaptcha2 bypass method shared to the
Google ReCaptcha team.

It using a screen clicker to move to certain pixels on the screen and move around the page like a human.

According to the researchers, ” Since every users are different activities
unCaptcha2 has to go to specific coordinates on the screen , so based on the
your setup, coordinates  need to be updated.

There are 6 different simple unCaptcha2 approaches need to follow in order to achive the task.

Users can use different speech-to-text API but you need to set your own credentials based on the API you choose.

“You’ll have to set the username and password as required; for Google’s API, you’ll have to set an environment variable (GOOGLE_APPLICATION_CREDENTIALS) with a file containing your Google application credentials.”