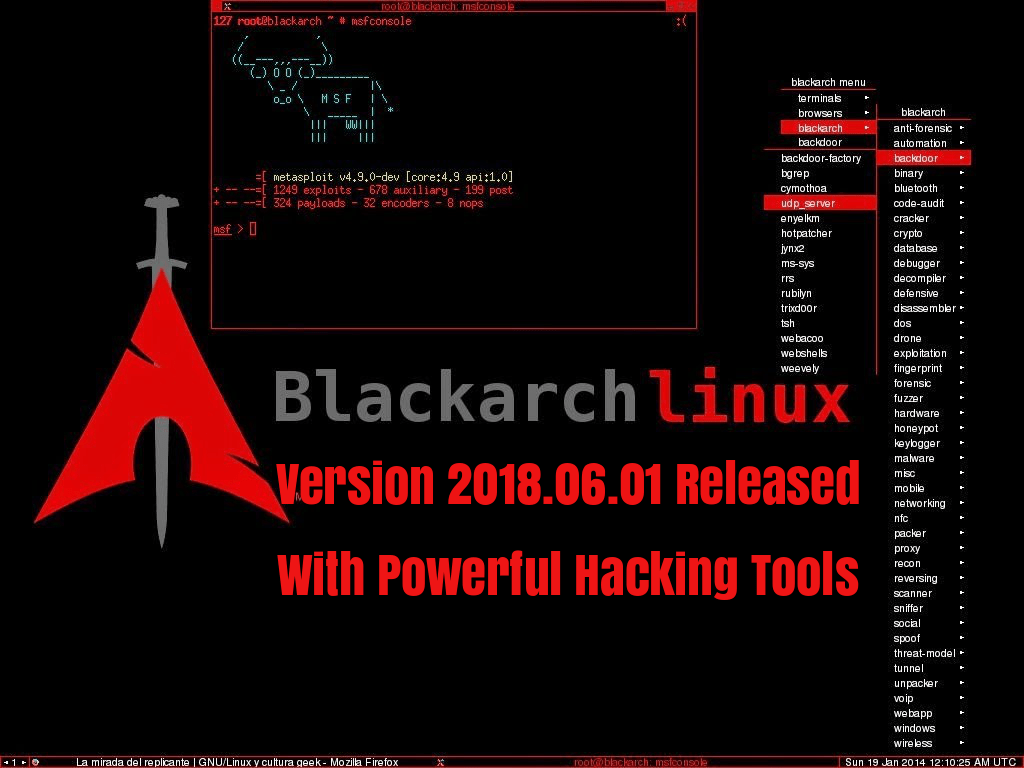 BlackArch Linux is one of the Powerful  Arch Linux-based penetration testing distribution which contains around  1981 Hacking tools.

This New release including the new version of blackarch-installer (v0.7), kernel 4.16.12 and many other high-quality improvements.

Along with this new updates, BlackArch Linux added more than 60 new tools and it is a lightweight expansion to Arch Linux for penetration testers.

Also you can  follow the Instruction for installation: Installation Steps

Exploit Pack V10.07 Released with More than 38.000+ Exploits Including Zero-Days