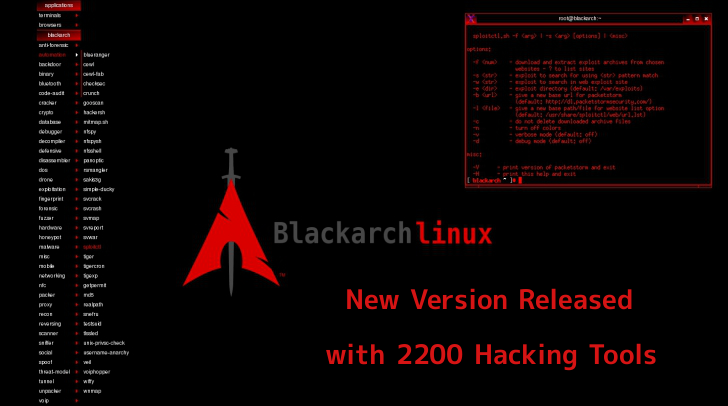 BlackArch Linux is one of the Powerful Arch Linux-based penetration testing distribution which contains around 2200 Hacking tools.

The release includes the new version of blackarch-installer (v1.1.1), kernel, and many other high-quality improvements.

Along with this new updates, BlackArch Linux added more than 150 new tools and it is a lightweight expansion to Arch Linux for penetration testers.