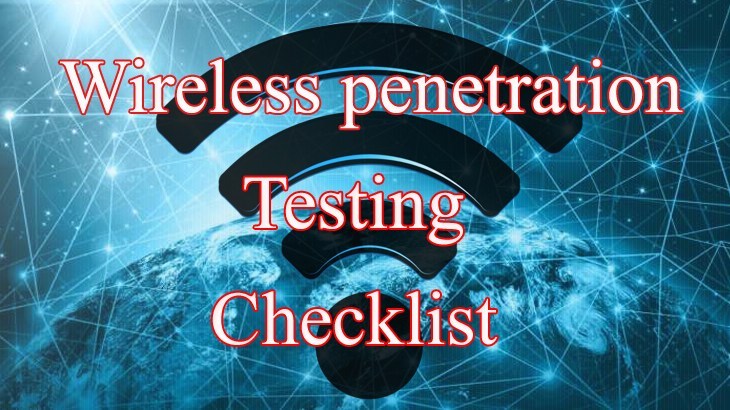 1.Discover the Devices which connected with  Wireless Networks.

2. Document all the findings if Wireless Device is Found.

7. No other Encryption Method used which I mentioned above, Then Check whether WLAN using unencrypted.

8. If WLAN is unencrypted then perform common wifi network attacks, check the vulnerability which is placed in unencrypted method and generate a report.

9. Before generating a Report make sure no damage has been caused in the pentesting assets.

1.Check the SSID and analyze whether SSID Visible or Hidden.

3.If you find the SSID as visible mode then try to sniff the traffic and check the packet capturing status.

4. If the packet has been successfully captured and injected then it’s time to break the WEP  key by using a wireless cracking tool such as Aircrack-ng, WEPcrack .

4. If packets are not reliably captured then sniff the traffic again and capture the Packet.

6.Once successfully Authenticated with the client and Discovered the SSID , then again follow the Above Procedure which is already used for discovered SSID in earlier steps.

9.Check if the STA (stations/clients) are connected to AP (Access Point) or not. This information is necessary to perform the attack accordingly.

If clients are connected to the AP, Interactive packet replay or ARP replay attack needs to be performed to gather IV packets which can be then used to crack the WEP key.

If there’s no client connected to the AP, Fragmentation Attack or Korex Chop Chop attack needs to be performed to generate the keystream which will be further used to reply ARP packets.

10.Once the WEP key is cracked, try to connect to the network using wpa-supplicant and check if the AP is alotting any IP address or not.”EAPOL handshake”

2. If the Client is Deaauthenticated, then sniff the traffic and check the status of captured EAPOL Handshake.

3.If the client is not Deauthenticate then do it again.

4.Check whether EAPOL handshake is captured or Not.

7.if its Failed then Deauthenticate again and try to capture again and redo the above steps.

1. Check and Confirm whether WLAN protected by LEAP Encryption or not.

3. if client is De authenticated then break the LEAP Encryption using tool such as asleap to steal the confidential information

1.Check whether SSID is Visible or not

2. sniff for IP range if SSID is visible then check the status of MAC Filtering.

3, if MAC filtering enabled then spoof the MAC Address by using tools such as SMAC

4.Try to connect to AP using IP within the discovered range.