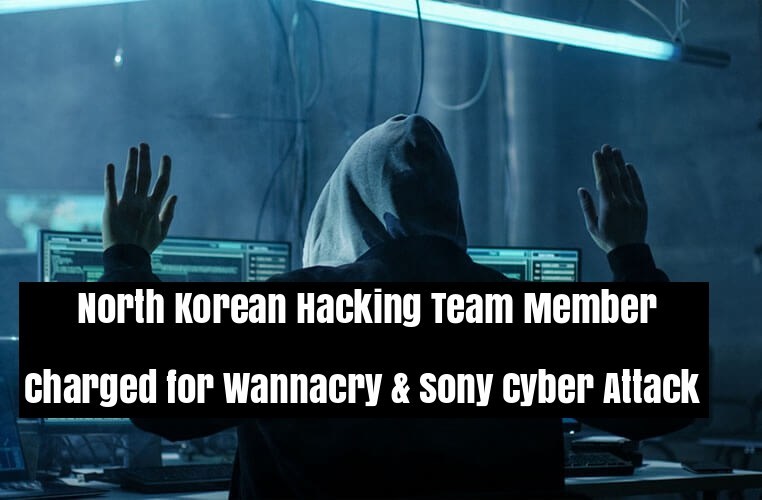 Their activities including the development of various malware that was used for one of the biggest Wannacry Ransomware attacks in 2017, Sony cyber Attack on 2014 and Bangladesh Bank attack where attackers theft $81 million.

In this cases, FBI  charging the North Korean citizen Park Jin Hyok who is working behind this Lazarus hacking group for this multiple destructive cyber attacks that could damage high amounts of computer hardware and the extensive loss of data.

According to FBI Director Christopher A, “Today’s announcement demonstrates the FBI’s unceasing commitment to unmasking and stopping the malicious actors and countries behind the world’s cyber attacks,”

Also he said, We stand with our partners to name the North Korean government as the force behind this destructive global cyber campaign.  This group’s actions are particularly egregious as they targeted public and private industries worldwide – stealing millions of dollars, threatening to suppress free speech, and crippling hospital systems.

This Group created disruptive malware that indiscriminately affected victims in more than 150 other countries, causing hundreds of millions, if not billions, of dollars’ worth of damage.

In February 2016, This group attack Bangladesh Bank became the victim of a computer
intrusion and that caused a loss of approximately $81,000,000 and the majority of the
Money has not been recovered to date.