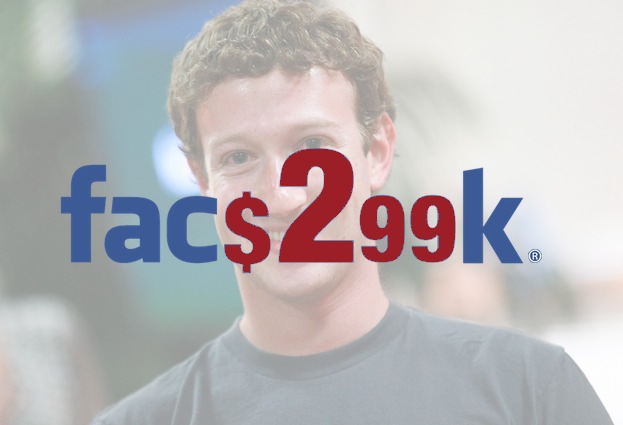 Thousands of Facebook addicts are feverishly sharing a “news report” claiming that from November 1st you’ll be paying $2.99 every month to access the site.

Thousands of Facebook addicts are feverishly sharing a “news report” claiming that from November 1st you’ll be paying $2.99 every month to access the site.

But that isn’t stopping thousands of Facebook addicts from feverishly sharing a link to what they believe is a news report claiming that from November 1st you’ll be paying $2.99 every month.

If you click through on the link you will be taken to a satirical news website, not a legitimate news outlet, which has a phoney news report claiming that Facebook will soon be charging its billion users for access.

It’s nonsense of course. If it were in anyway true, you would expect to see an announcement on Facebook’s official blog, or in the headlines of major online news outlets.

Instead, the only site that appears to be reporting this “breaking news” is an outlet called nationalreport.net:

The bogus report starts sanely enough, and might have fooled some people into believing it was true:

Menlo Park, CA — At a press conference this morning, Facebook rolled out their new monthly service plan which begins November 1st of this year. The social media giant says they will start charging members $2.99/mo to use the services that the site has to offer.
“After thinking long and hard about this decision, at the end of the day, we were forced to add this monthly fee,” Facebook founder and CEO Mark Zuckerberg told reporters. “If we don’t do something about our rising costs now, Facebook could cease to exist in the near future.”

“This is excellent news for Facebook stock holders,” says Wall Street analyst Dale Sackrider. “As of August this year, Facebook had a total of 1.317 billion users. If just 75% of those members pay the new monthly service fee of $3, that will mean an annual influx of cash totaling roughly $3 billion. That’s not just an increase in profits of a few dollars, that’s a game changer right there.”

As you read on, however, you should have begun to question whether the report should be taken at face value:

Fappy The Anti-Masturbation Dolphin, a mascot for a Christian anti-masturbation group, says their business could not survive without Facebook.

“Charging people to use Facebook means there won’t be as many heathens on the site to help stay off the Devil’s playground. Personally, I like Facebook because it helps me promote my side business of making personalized video greetings. Those videos are good, clean fun for the whole family, and they also help pay for my anger management and sex offender classes. Praise Fappy!”

It’s not exactly what I would describe as amusing satire, but I suspect that wasn’t the true intention of the nationalreport.net website. Instead, my guess is that they knew the story would be shared by unthinking Facebook users, driving traffic to the webpage and helping them earn money through online advertising.

It’s a dirty trick, but it’s been done before – and it will happen again and again until internet users wise up and think before they share a link.

The truth is that Facebook doesn’t need to charge you. It makes more than enough money from advertisers, without needing to charge its 1,000,000,000+ users.

Indeed, forcing Facebook to pay a subscription would likely ruin its business model, as many users would revolt and go elsewhere.

Mind you, maybe charging $2.99 per month isn’t a completely daft move. I, for one, would feel much more willing to pay Facebook a small amount of money if I felt that it would mean my personal data wasn’t being monetised by Facebook, and if my being a paying customer meant that the site listened to my point of view when it came to security and privacy.