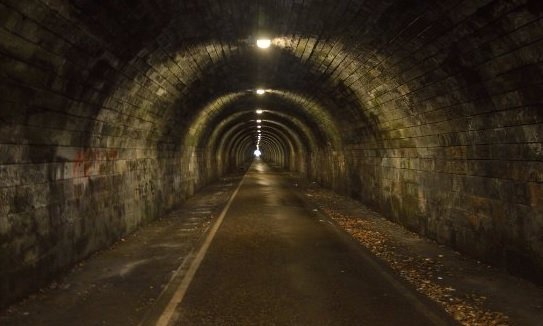 A group of vulnerability testing specialists from the University of New Mexico, made up of William J. Tolley, Beau Kujath and Jedidiah R. Crandall, just reported a vulnerability present in most of Linux distributions and other operative systems that, if exploited, would allow threat actors to discover whether another user is connected to a VPN, the virtual address assigned to the server, and whether there are active connections to some specific websites. This attack would also allow data injection into TCP flow and connection hijacking.

Most distributions vulnerable to this flaw use
the systemd version corrected after November 28, 2018, which disabled reverse
path filtering; however, the attack also works against IPv6. For protection,
adding a pre-routing rule to discard packets destined to the client’s virtual
IP address is effective on some systems, but this was only tested on
researchers’ machines.

The vulnerability works against OpenVPN,
WireGuard, and IKEv2-IPSec and, although it has not been tested against tor, it
is believed to be not vulnerable because it includes authentication and
encryption in the userspace. Hackers can resort to the sent packets’ size and
number to infer what kind of packets are sent through the VPN tunnel,
regardless of the VPN
technology used by the target user.

In their report, vulnerability testing experts
divide the attack into three stages:

Moreover, there are 4 components for attack
playback:

The target device must be connected to the
access point (during testing a laptop with create_ap) was used. The device must
then connect to its VPN provider.

The vulnerability was successfully analyzed on
the following operating systems:

This list consists only of the operating
systems analyzed during the investigation, so vulnerability testing experts
mention that other distributions need to be tested.

Possible problem implementing this solution:
Asynchronous routing is not reliable on mobile devices, etc. It is not clear
that this is really a solution, as it seems to work on other operating systems
with different networks. In addition, even with reverse route filtering in
strict mode, the first two parts of the attack can be completed, allowing the
attacker to make inferences about active connections, making it still possible
to complete the attack.

Potential problem in implementing this
solution: Local network addresses used for VPNs and local networks, and some
nations, such as Iran, use reserved private IP space as part of public space.

Because the size and number of packets allow
the attacker to bypass the encryption provided by the VPN service, perhaps some
kind of padding could be added to the encrypted packets to be the same size. In
addition, because the Process Limit Challenge ACK allows us to determine
whether the encrypted packets are Challenge ACKs, allowing the host to respond
with packets of equivalent size after exhausting this limit could prevent the
attacker from making this inference, as mentioned by vulnerability testing
experts from the International Institute of Cyber Security (IICS).

A full report on this vulnerability, its scope
and the potential consequences of its exploitation is now ready for
publication, however, it will be revealed until the compromised Linux
distributions launch an appropriate solution. Other affected services that have
already been notified include Systemd, Google, Apple, OpenVPN and WireGuard, as
well as other distributions of the affected operating systems.