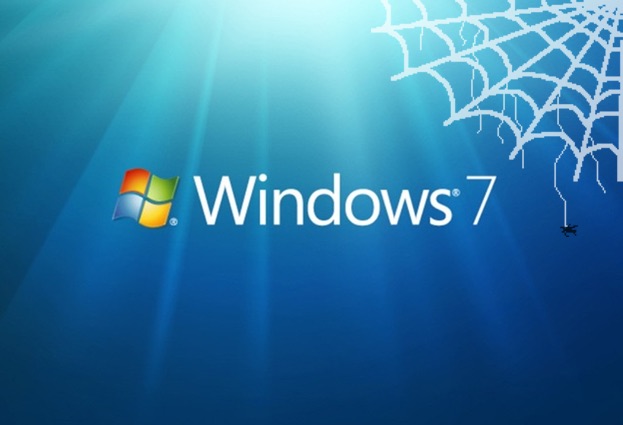 The end of mainstream support for Windows: Don’t repeat the mistakes of the past, and be prepared. Especially if you’ve only just got rid of all the Windows XP computers in your company.

The end of mainstream support for Windows: Don’t repeat the mistakes of the past, and be prepared. Especially if you’ve only just got rid of all the Windows XP computers in your company.

Hopefully, by now, you have just about managed to eradicate all the Windows XP computers on your corporate network.

After all, creaky old Windows XP hasn’t received any security updates from Microsoft since April 2014 and if you’re still using it you’re a sitting duck for internet attacks.

Your next mission, should you choose to accept it, is to start thinking about your plans to move away from Windows 7.

I know, I know… it’s a pain isn’t it? You feel like your job as an IT helpdesk guy never ends with a constant stream of urgent jobs, emergency patches and telling your users to turn their printers “off-and-on again” to see if that fixes the problem.

But, as you can see with your own eyes on Microsoft’s website, Windows 7 Service Pack 1 has finally exited “mainstream support”.

It shouldn’t really come as a surprise to anyone – consumer PCs with Windows 7 have not been shipped since October 2014, and Microsoft stopped selling standalone versions of the operating system a year earlier.

But, just as we found with the long and lingering death of Windows XP, there are bound to be companies and consumers who are unaware that Windows 7’s days are numbered.

But don’t make the mistake of thinking that the death of Windows 7 is imminent. Although the availability of Windows 7 mainstream support has come to an end, that means that the operating system has transitioned to “extended support”.

The difference between “mainstream support” and “extended support” has confused some, so it’s worth repeating how Microsoft itself describes them:

Mainstream support — Microsoft will offer mainstream support for a minimum of 5 years from the date of a product’s general availability, or for 2 years after the successor product is released, whichever is longer. For example, if you buy a new version of Windows and five years later another version is released, you will still have two years of support left for the previous version.

Extended support — Microsoft will offer extended support for either a minimum of 5 years from the date of a product’s general availability, or for 2 years after the second successor product (two versions later) is released, whichever is longer.

In other words, Windows 7 is not going to be receiving any new features from Microsoft, and you won’t be able to call the firm up for free technical support, but you will continue to receive critical security patches for the next five years.

Are you breathing a sigh of relief? I hope not too deeply.

Because even though five years may seem like a long way away, if you’ve only just finished getting rid of the Windows XP computers in your company then you know just how long it can take to move a lot of computers from one operating system to another, checking that software works properly, and (in some cases) upgrading hardware.

If you’re responsible for looking after Windows computers in your company, it’s time to start thinking about your transition plan now. Putting it off until tomorrow only increases the chances of you being caught out when time really is rapidly running out…

Don’t panic. But also don’t get too comfortable. Start thinking now about when you are going to start the process of making sure those Windows 7 machines get upgraded.